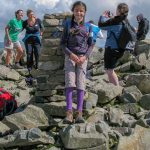 8.8.15 – Scafell Pike from Seathwaite via Esk Hause returning via the Corridor Route.

AW [Scafell Pike 20 Book 4] ‘Many hearts have sunk into many boots as this scene unfolds.  Here on the shoulder of Ill Crag, the summit comes into sight, at last; not almost within reach as confidently expected by walkers who feel they have already done quite enough to deserve success, but still a rough half-mile distant with two considerable descents (Ill Crag col and Broad Crag col) and much climbing yet to be faced before the goal is reached.

You can just see the summit shelter on Scafell Pike ahead but we have to descend first before our final ascent to reach today’s goal. 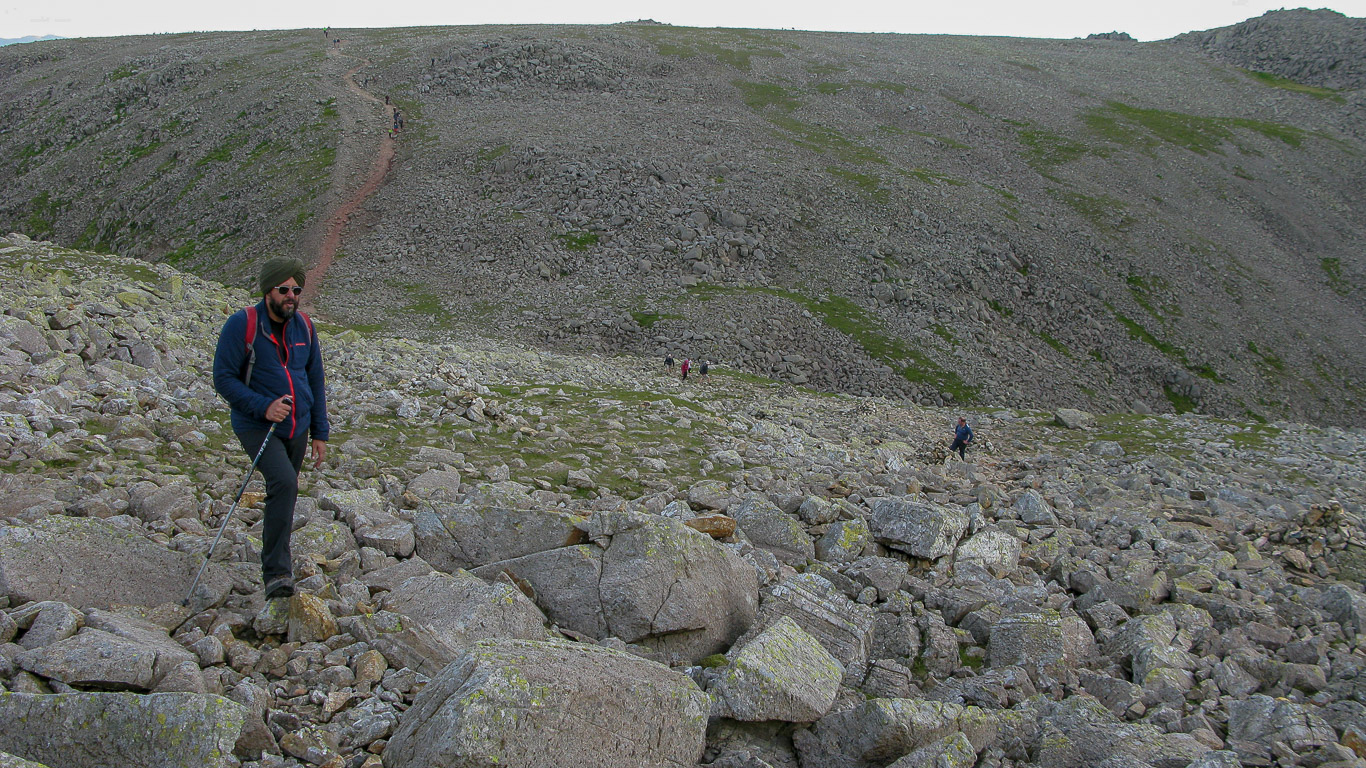 Our final ascent is pretty steep . . . 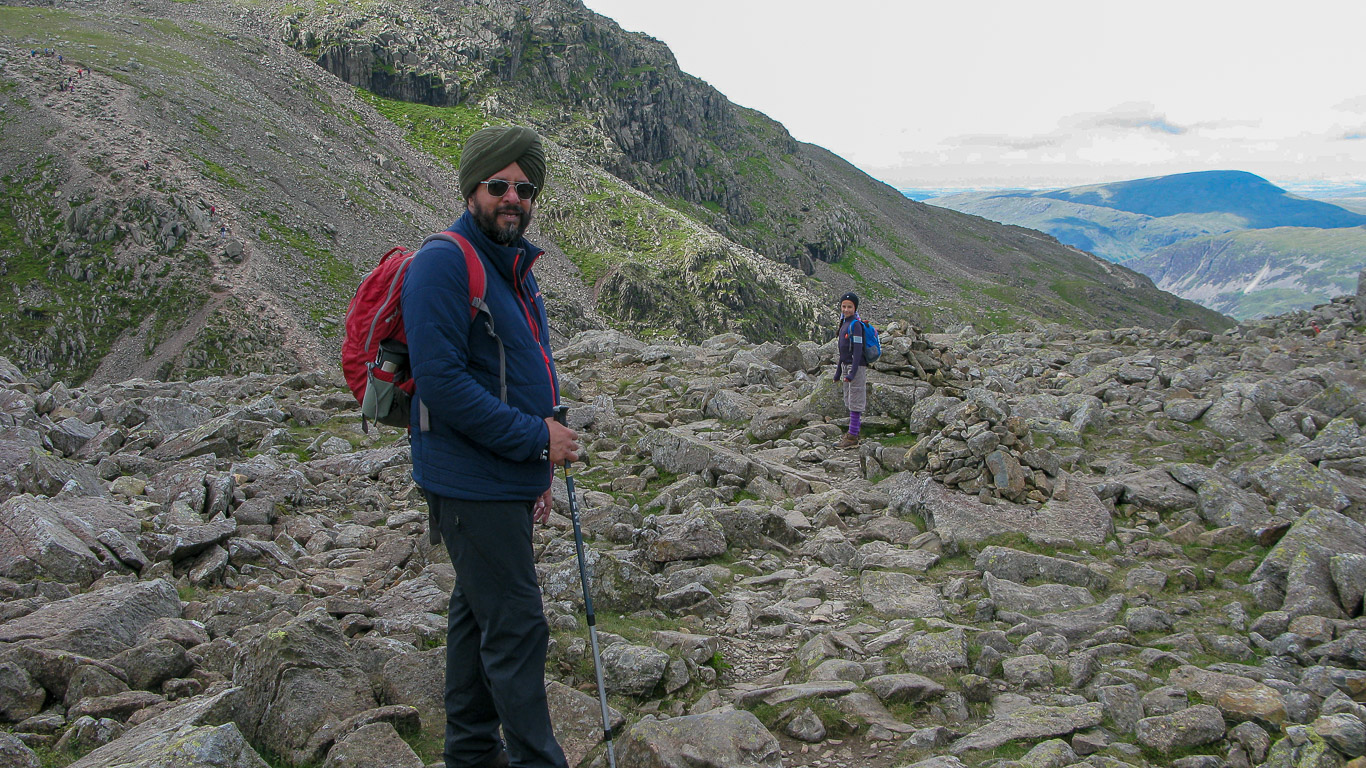 You can see the summit shelter on top and if you look very carefully you can see that it’s already pretty crowded. 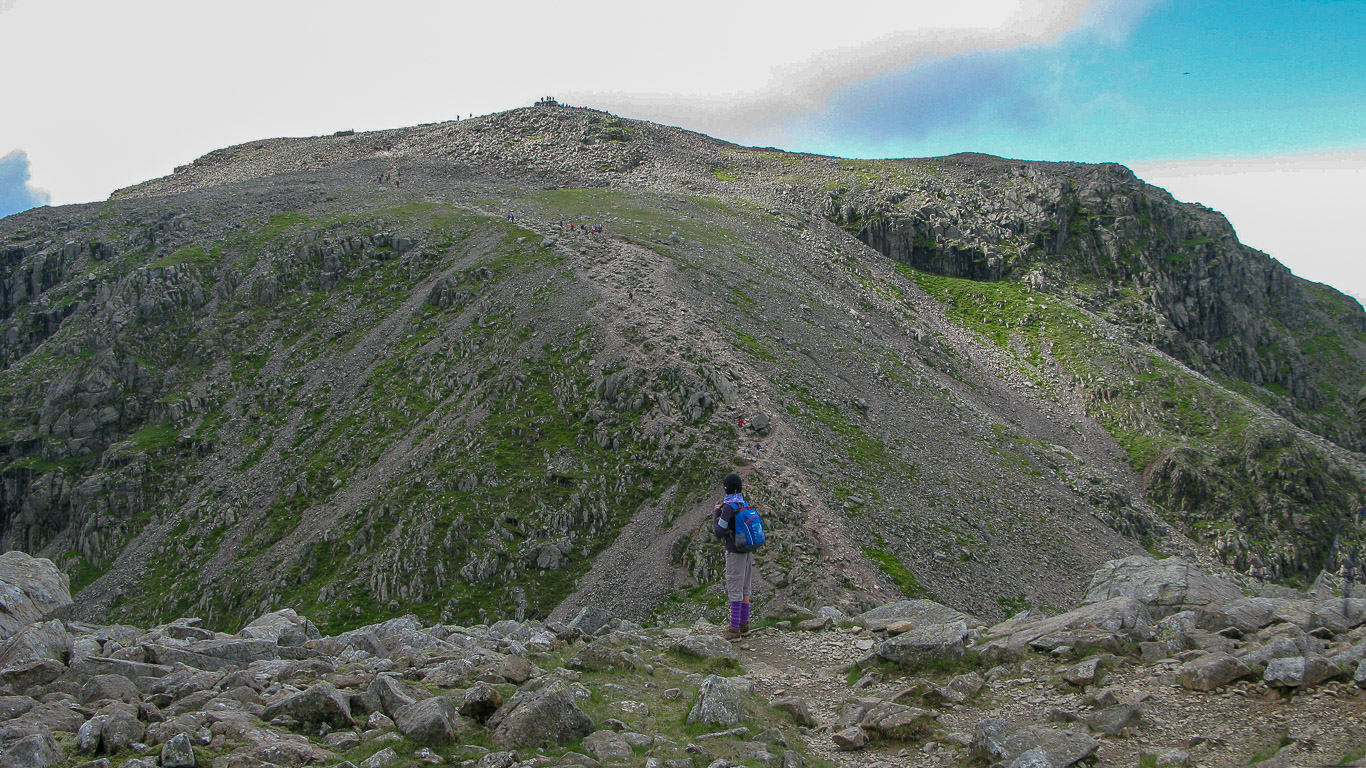 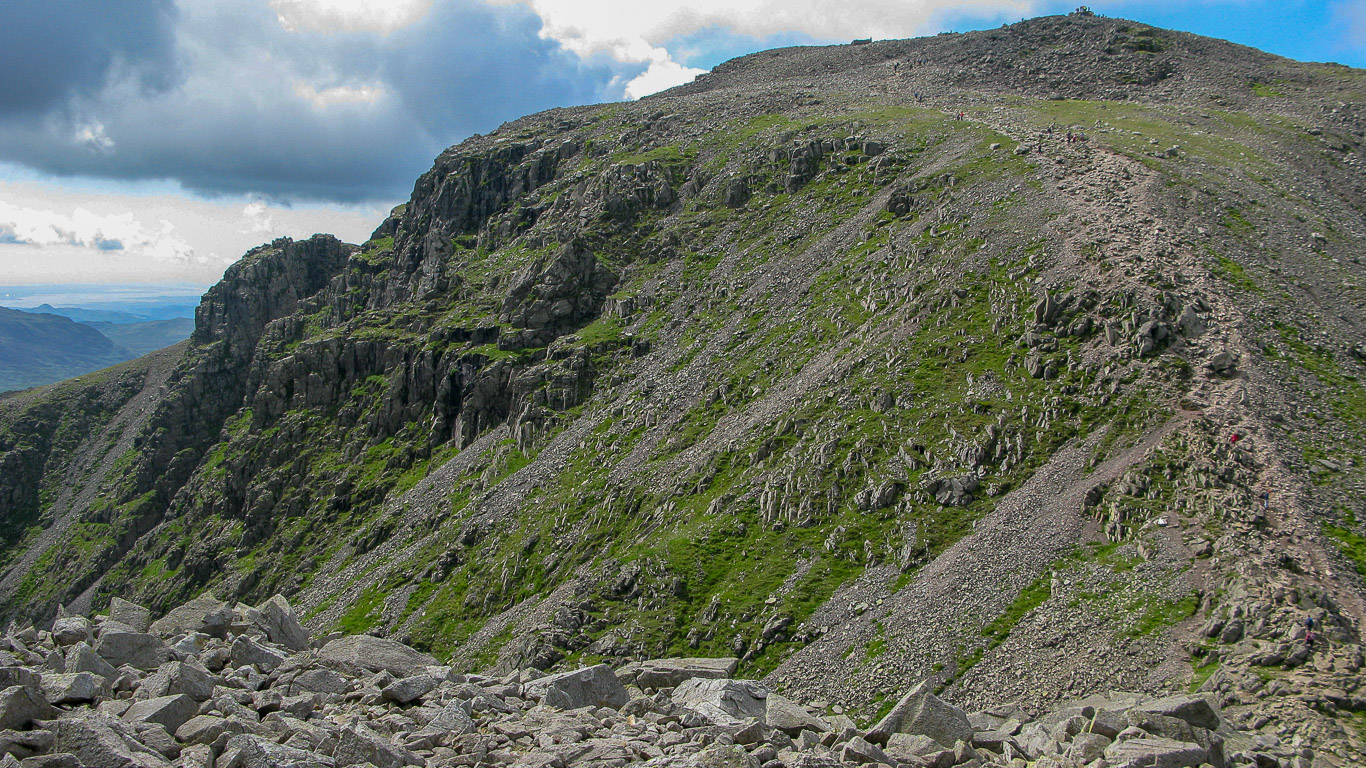 It’s looking pretty crowded up there . . . but wait till you see how crowded it is when we actually arrive! 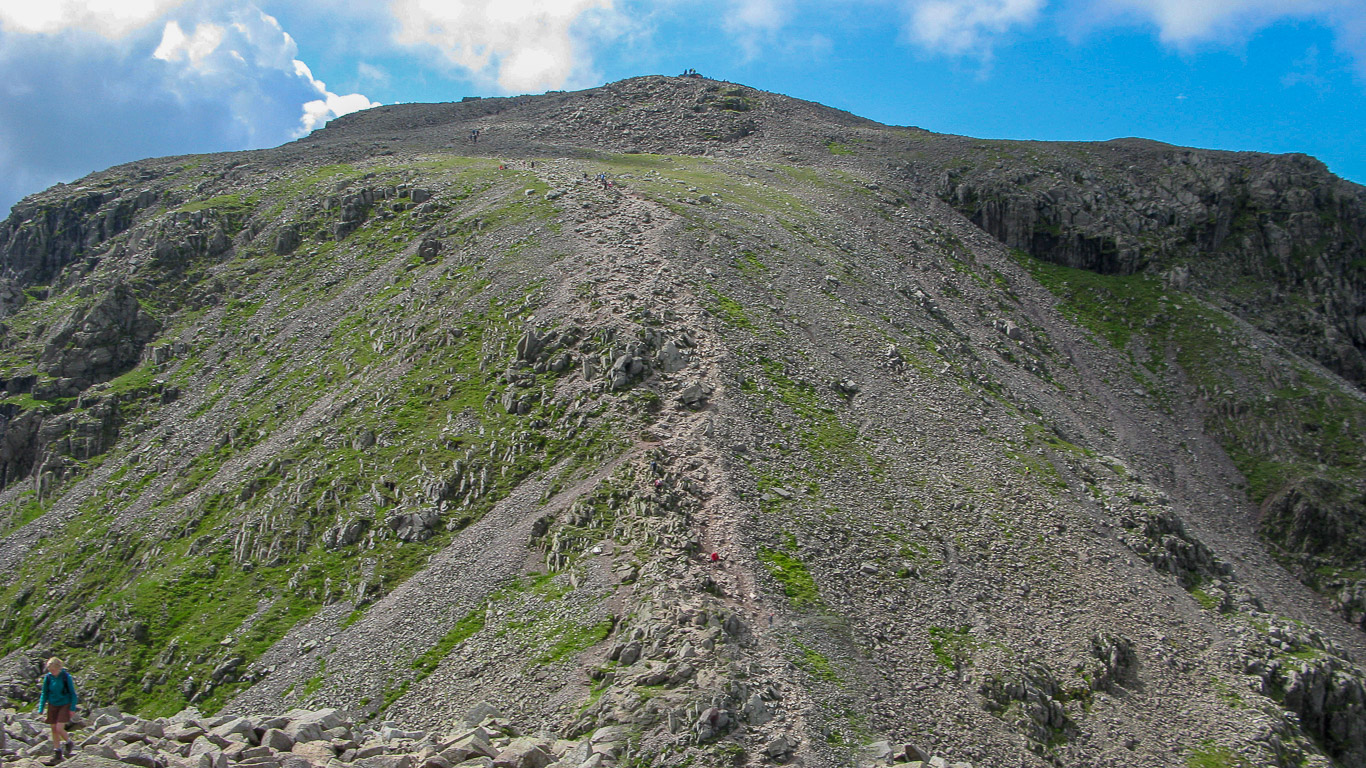 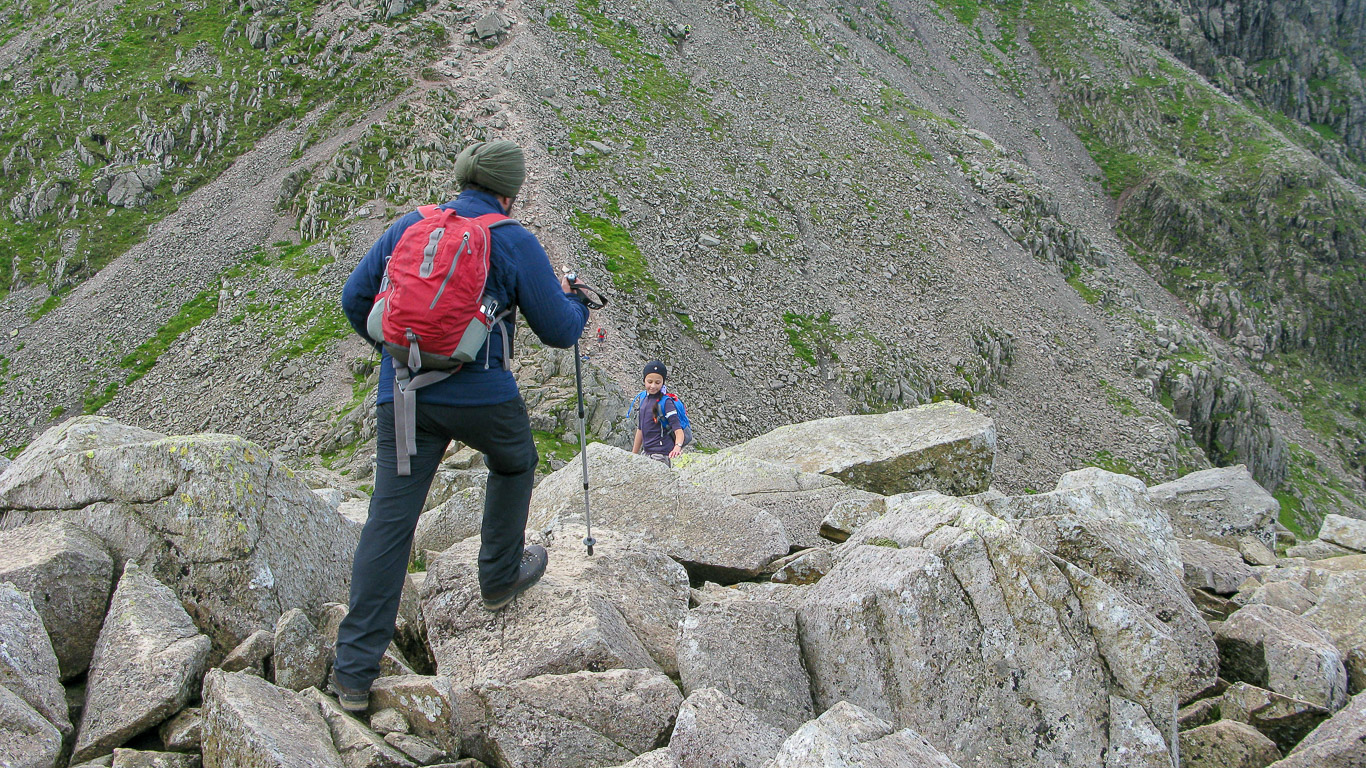 The final steep pull up to the summit. 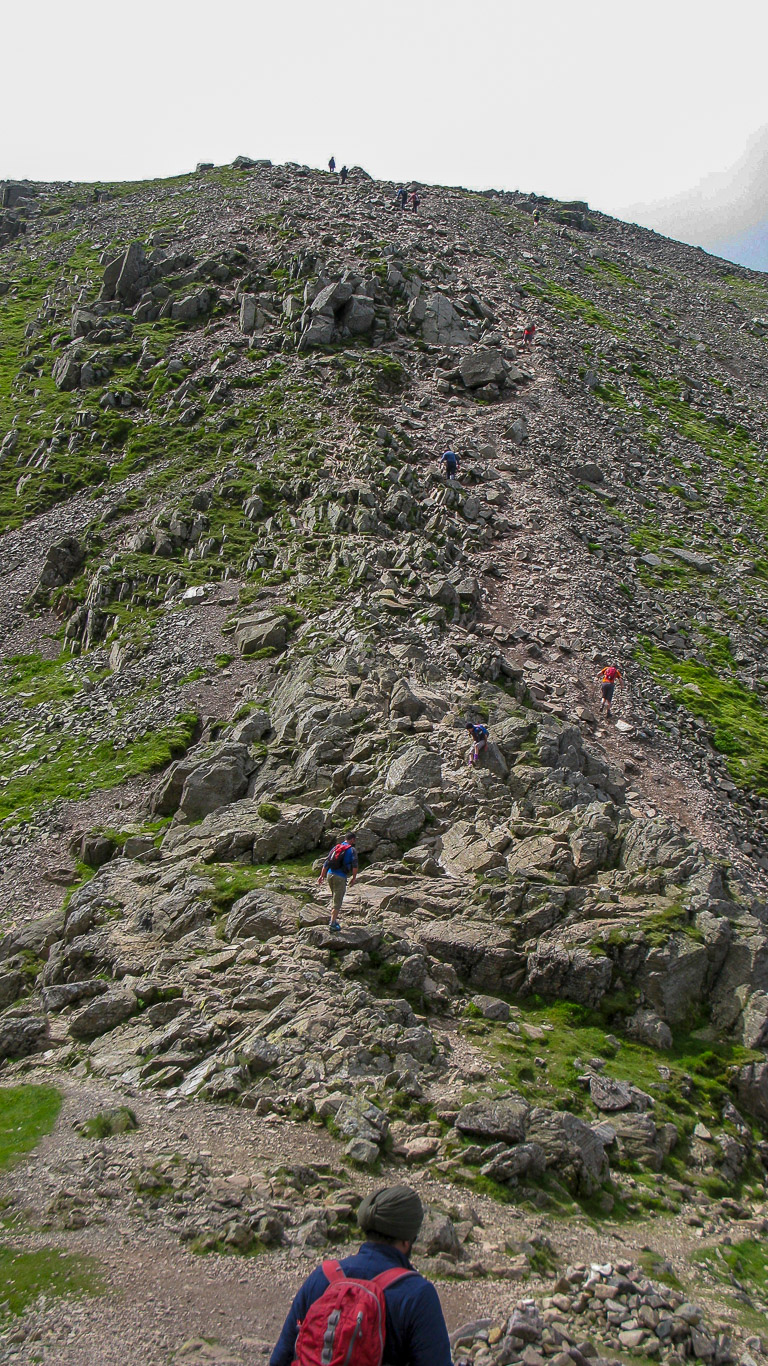 This photograph gives you an idea of the steepness of the gradient for this final ascent to the summit. 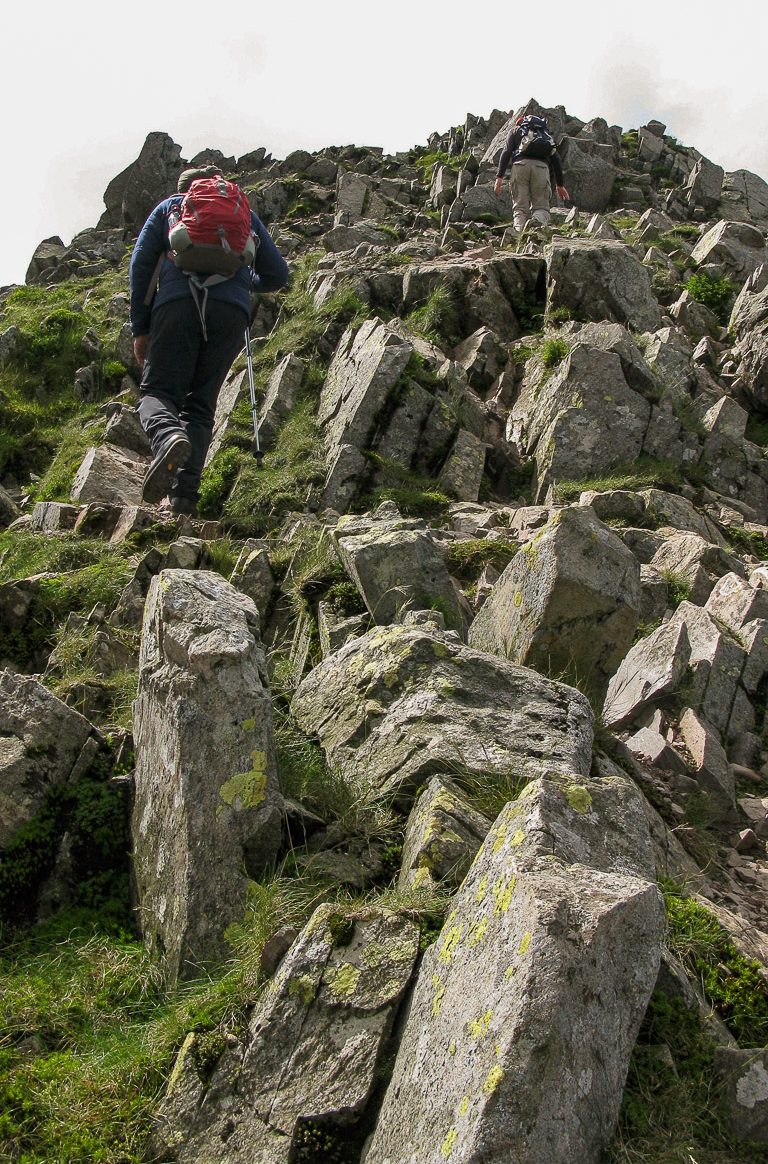 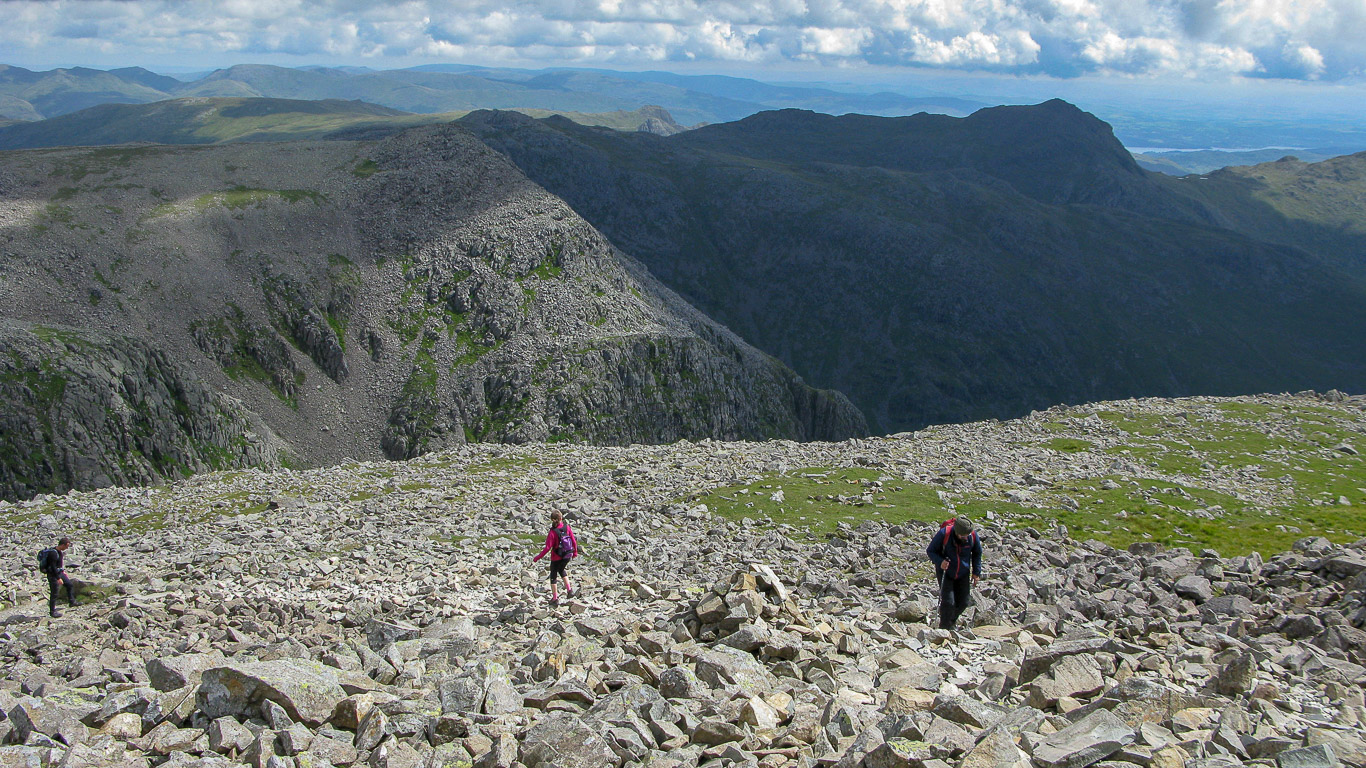 There were a number of walking groups doing various challenges which added to the huge numbers of walkers on the summit.

Finally on the summit of Scafell Pike!  High Raise is behind Ill Crag with the Helvellyn range in the distance just left of centre. 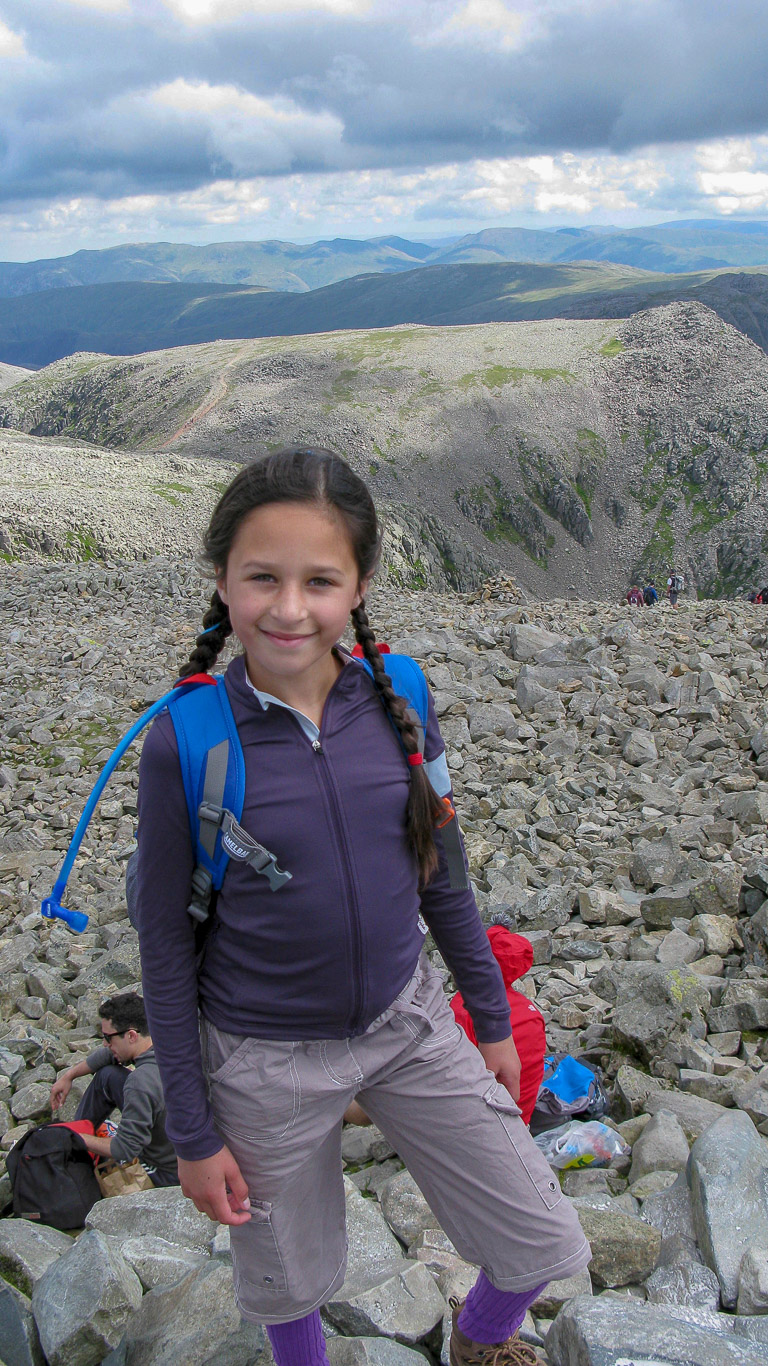 What a view . . . and how lucky are we with the weather!  Scafell behind Mila and Symonds Crag is seen behind Mila with Wast Water to the right.  In the distance is Buckbarrow (on the far right) Sellafield beyond and the Irish Sea on the horizon. 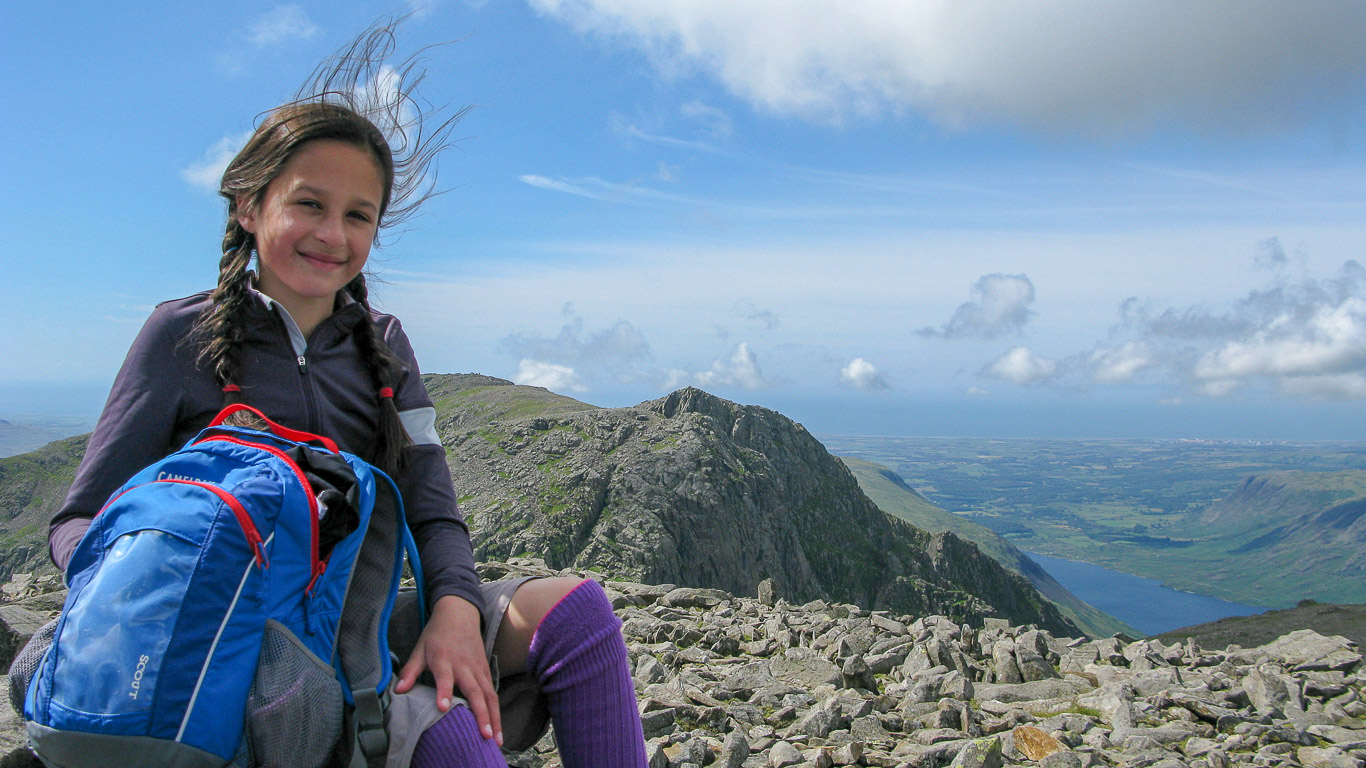 A close up of Wast Water and Buckbarrow on the right with Sellafield in the distance and the Irish Sea on the horizon. 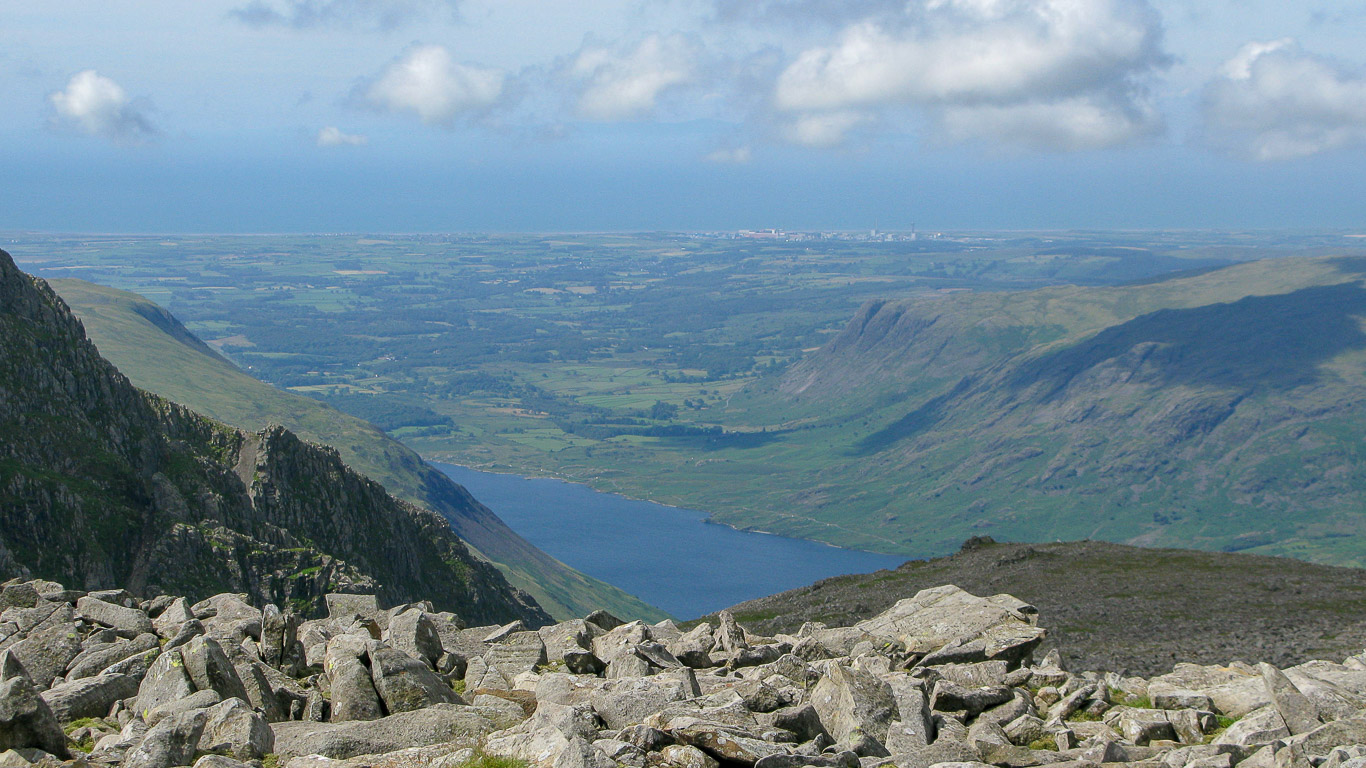 Unfortunately walkers were ‘hogging’ the summit eating their lunch in the circular summit shelter which felt a bit thoughtless as it was quite obvious that many people, pleased with their achievement, would have liked to have had their photograph taken there . . . well, I would have liked to take a quick photo . . . but, no chance, it was way too crowded to get a look in!  Here’s Mila beside the summit trig column. 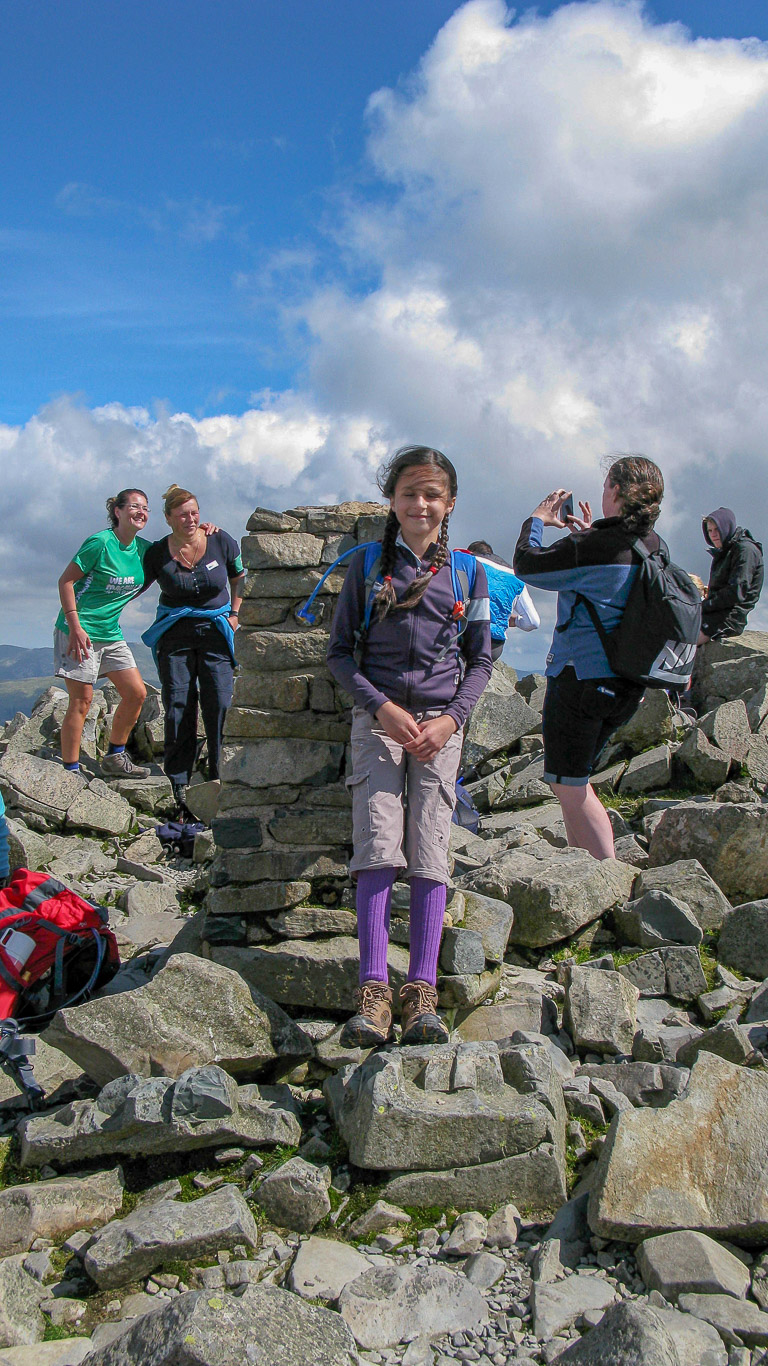 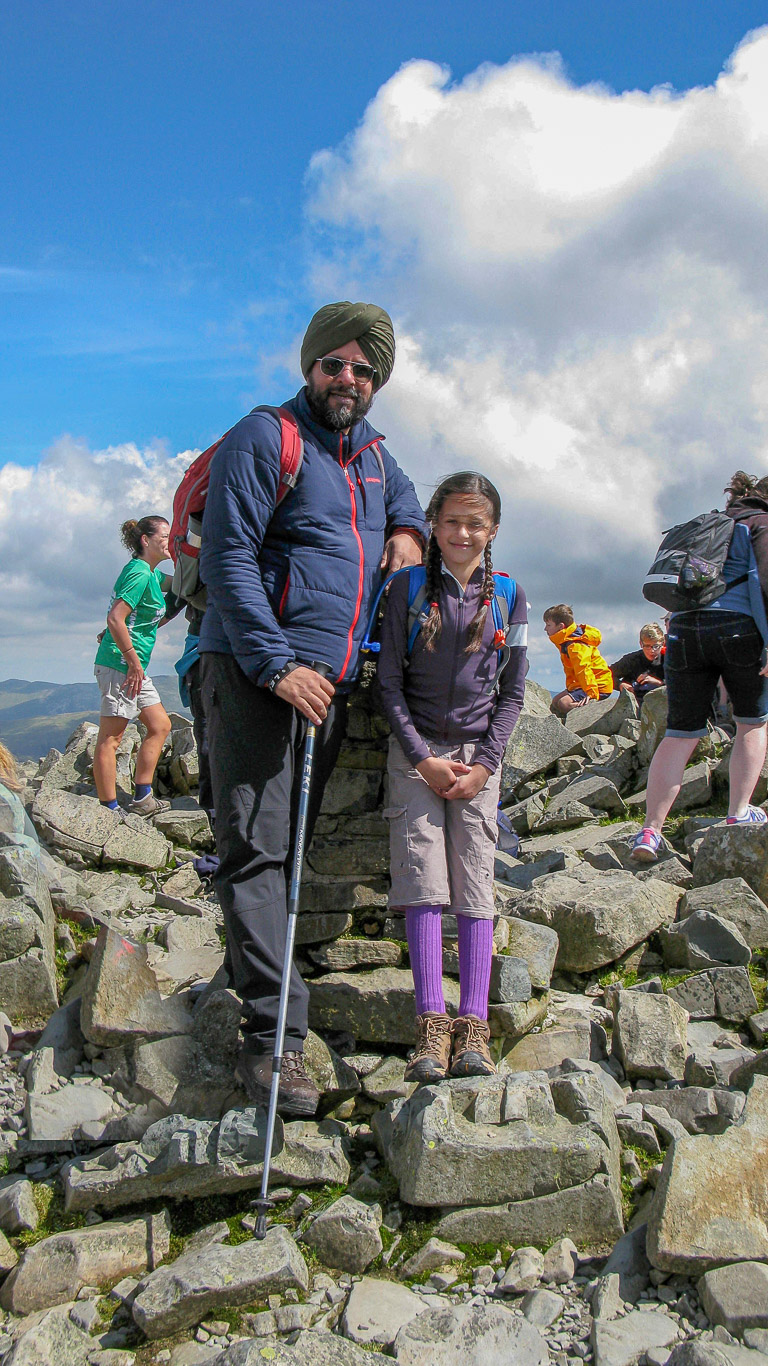 A photo opportunity on a different part of the summit . . . 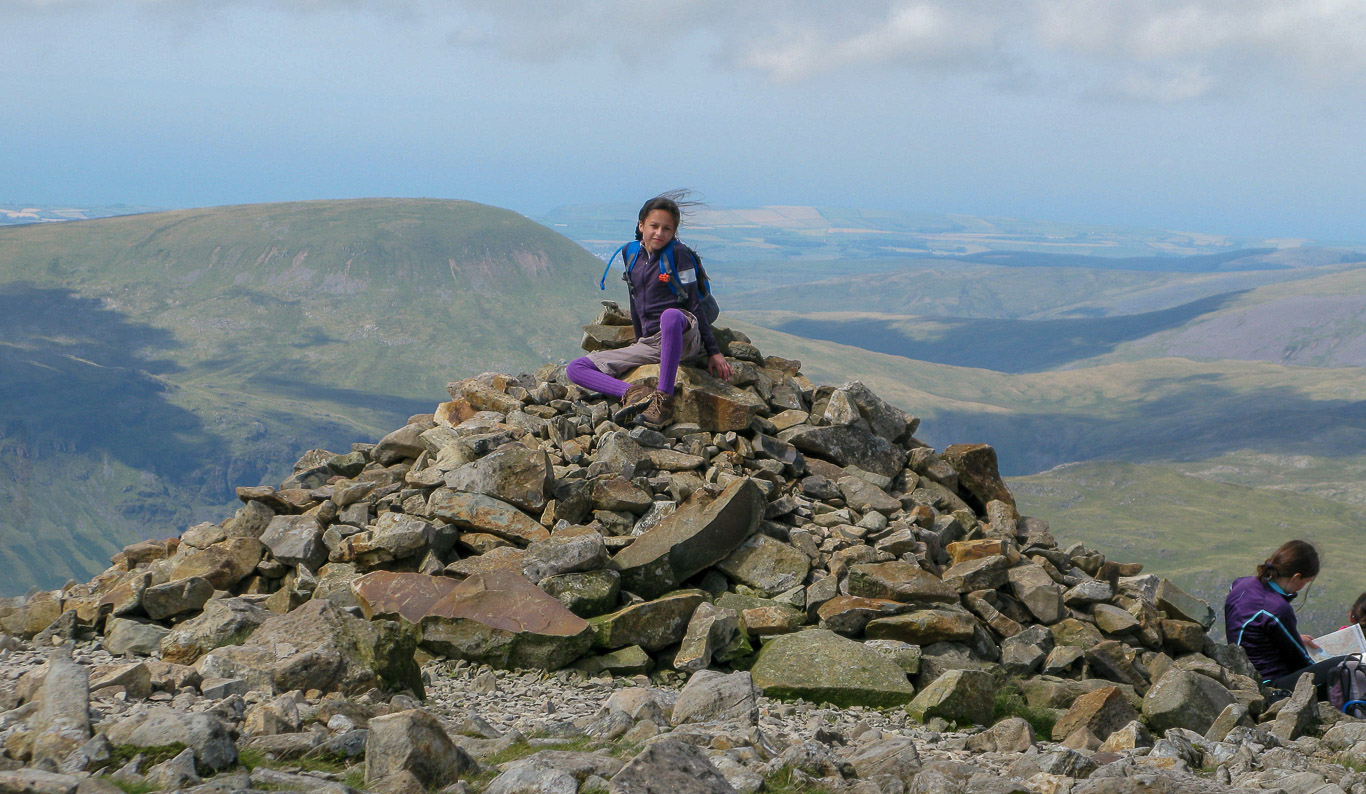 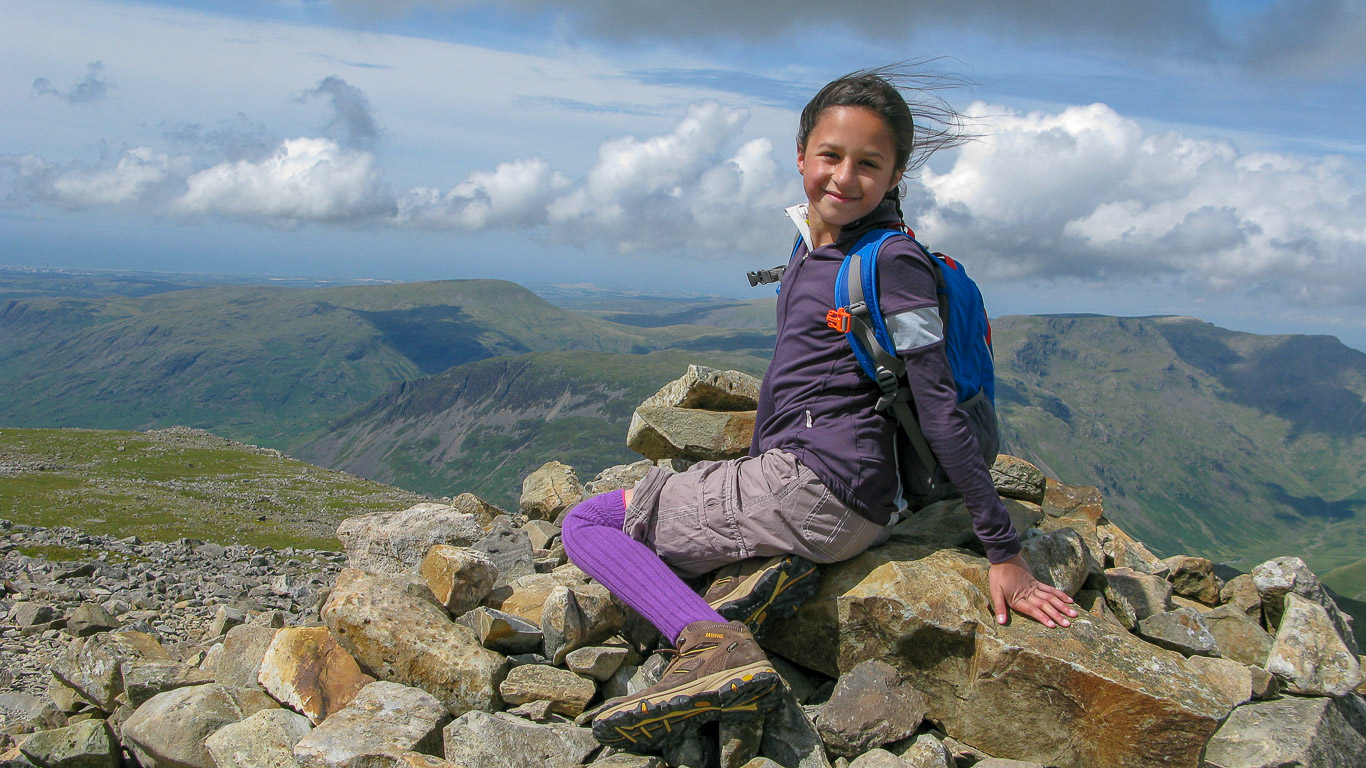 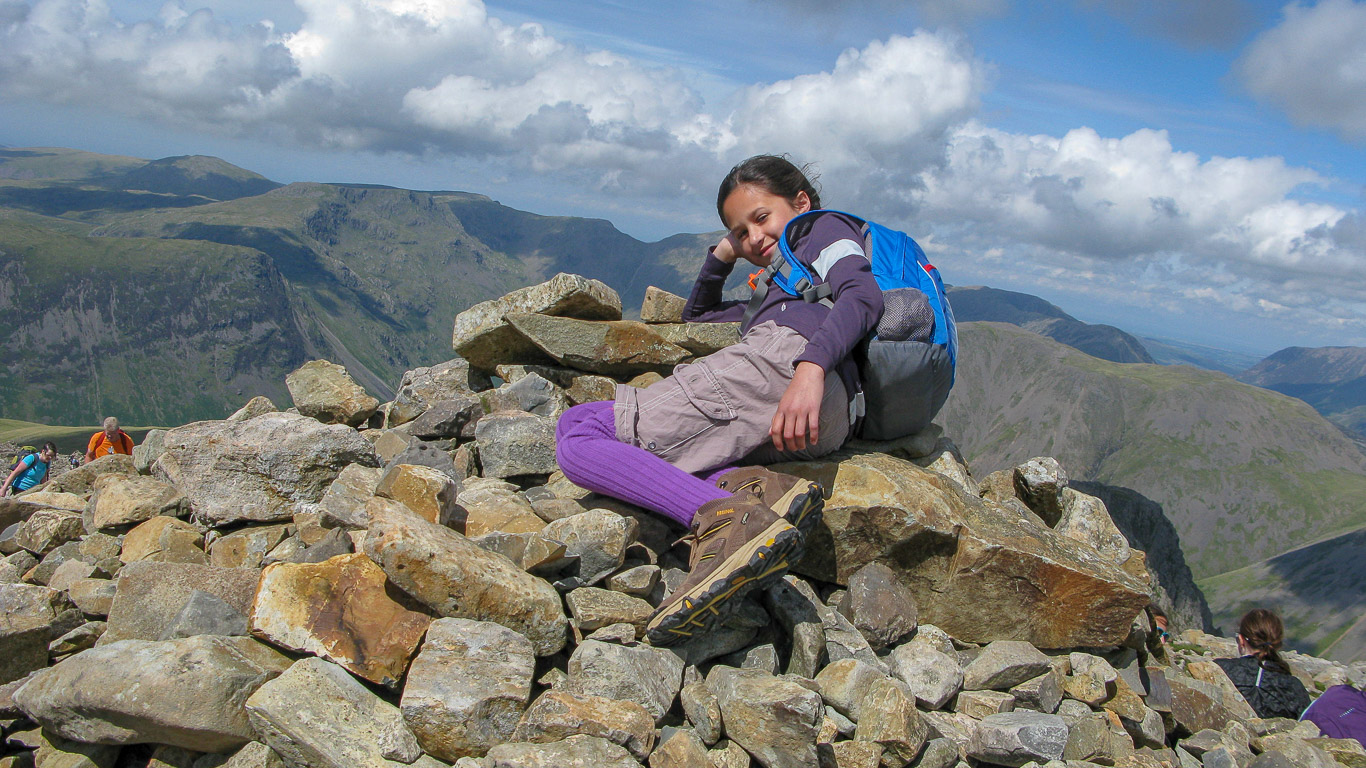 Scafell on the left and Symonds Knott with Illgill Head ???behind. 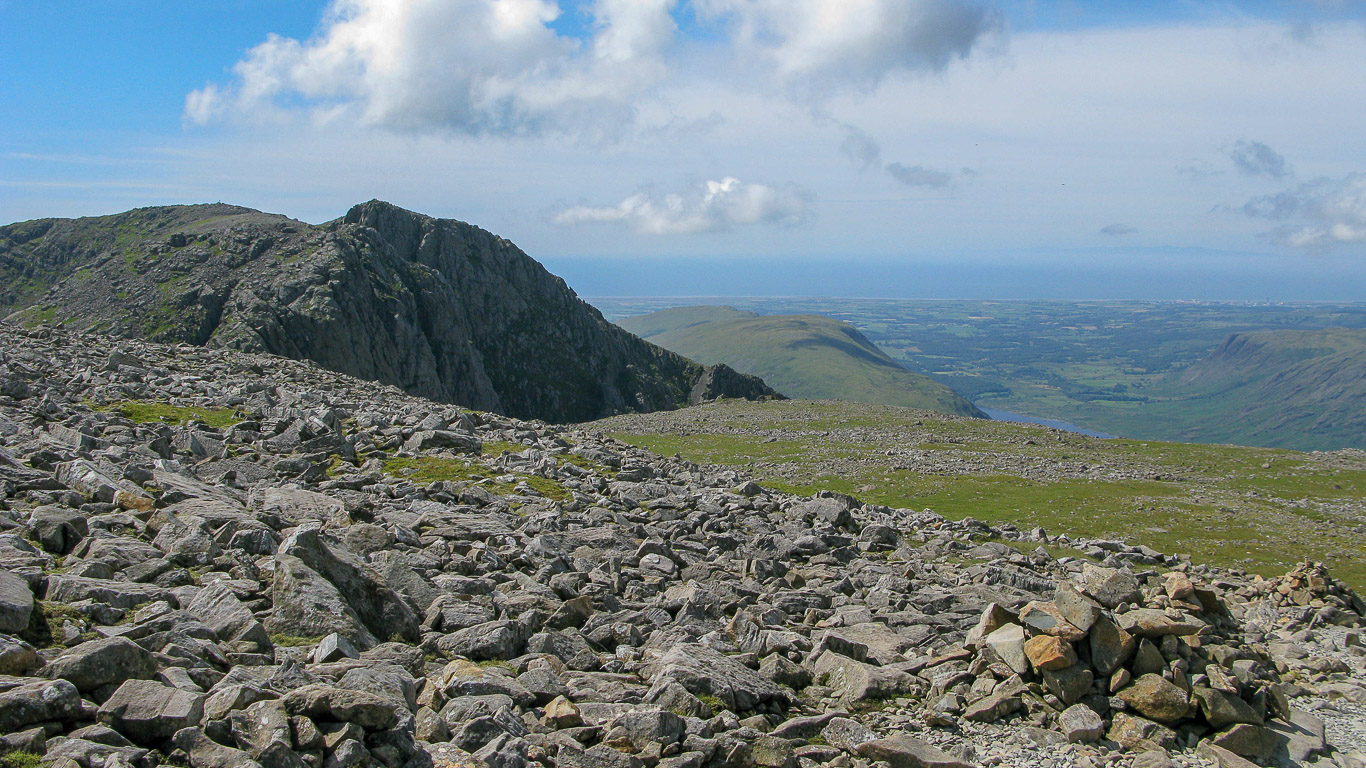