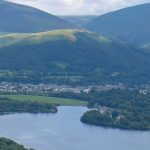 A great view of Keswick beyond Derwent Water and Latrigg between the Skiddaw Massif (on the left) and Blencathra (on the right). With the north Pennines in the distance.  Photograph taken from Skelgill Bank, the route up Catbells. 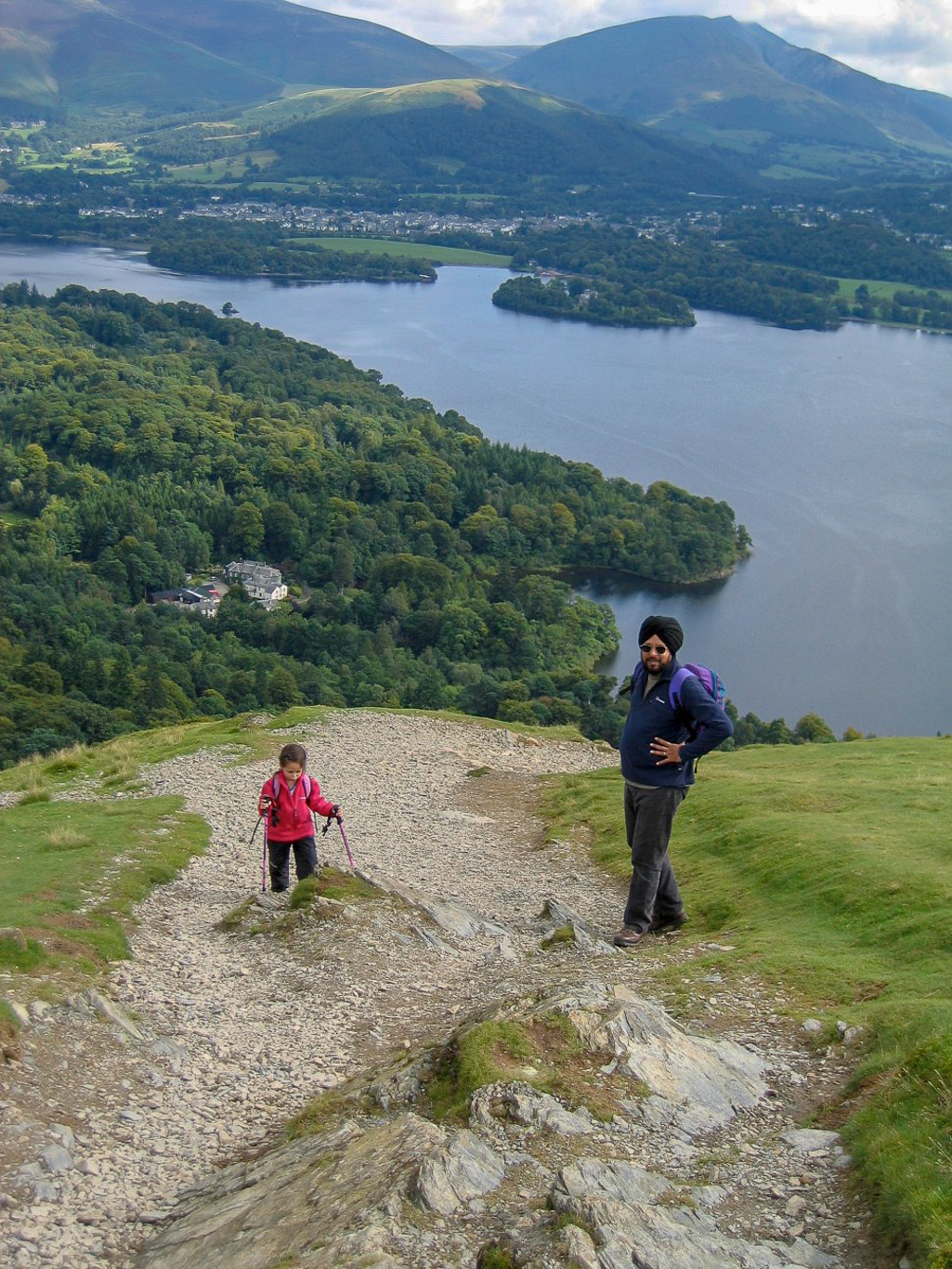 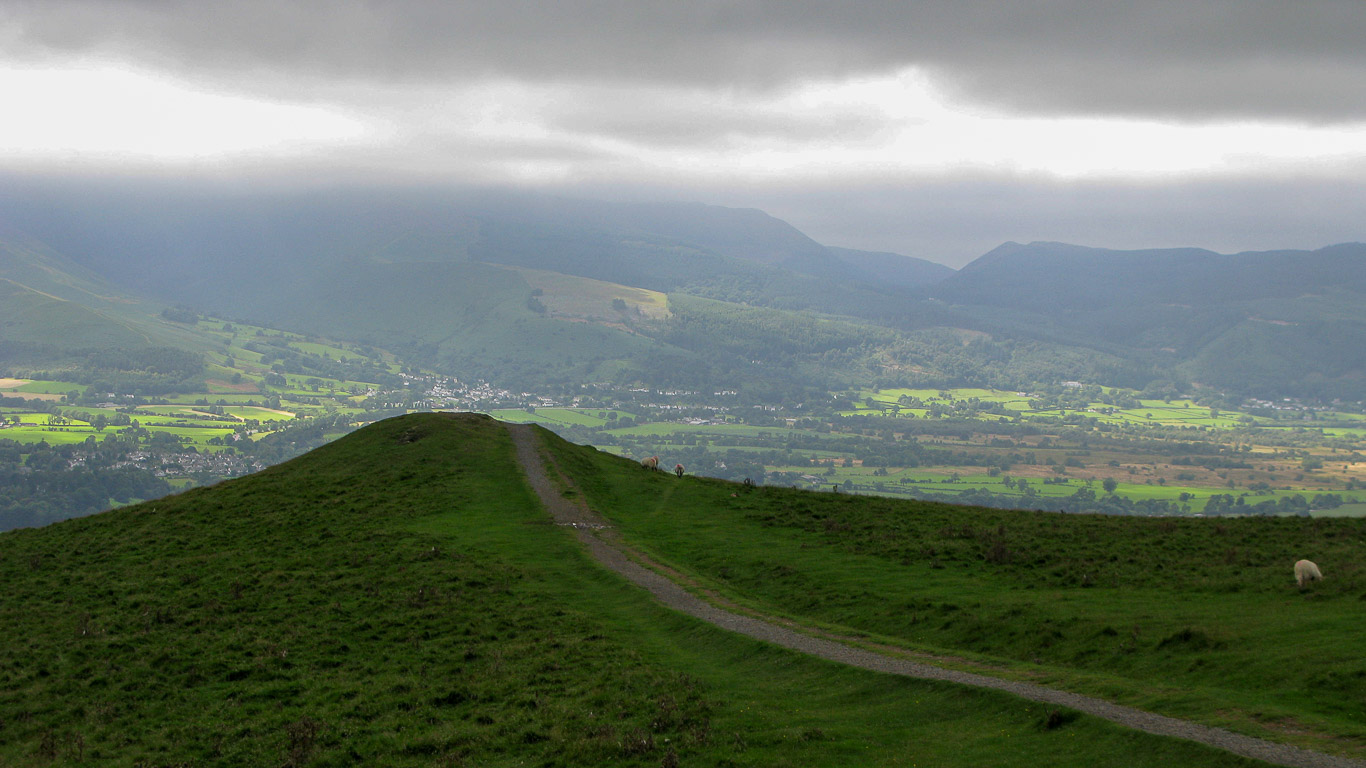 The view from the summit bench 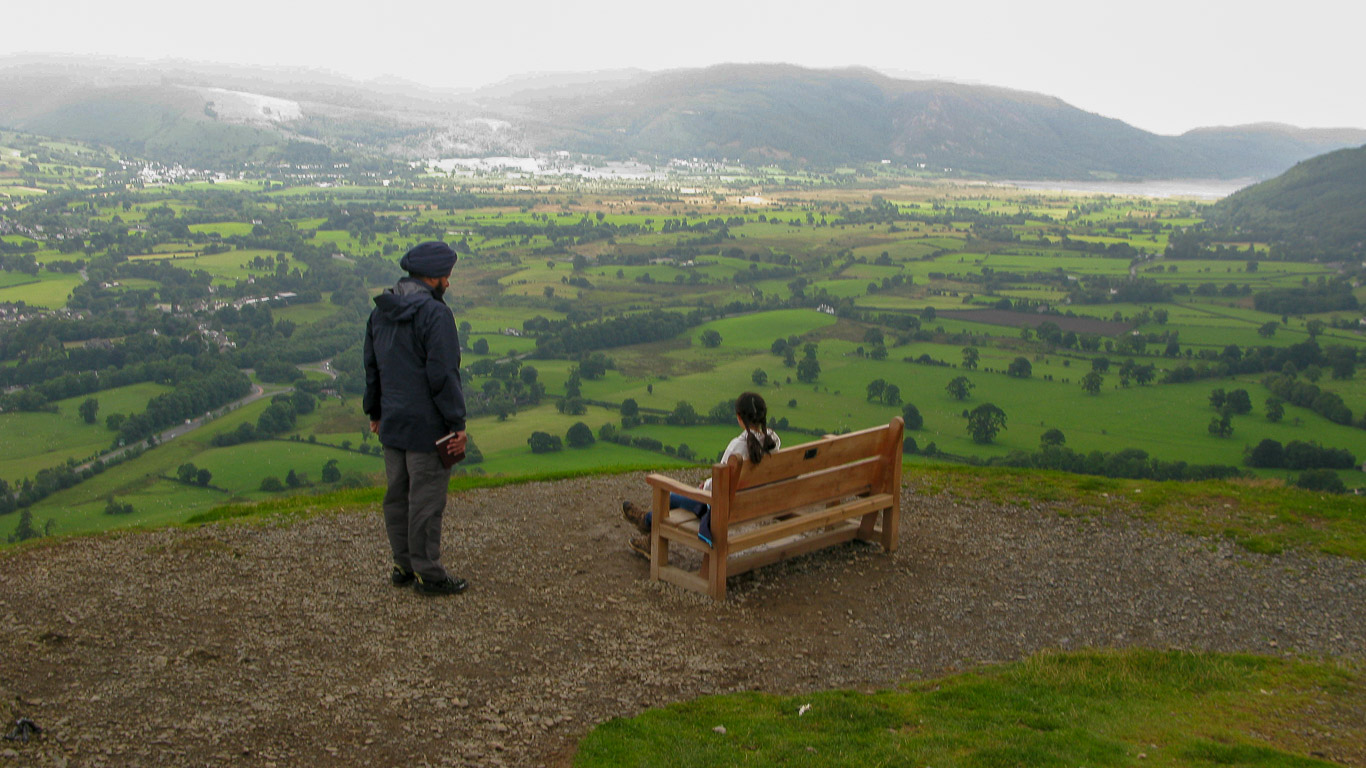 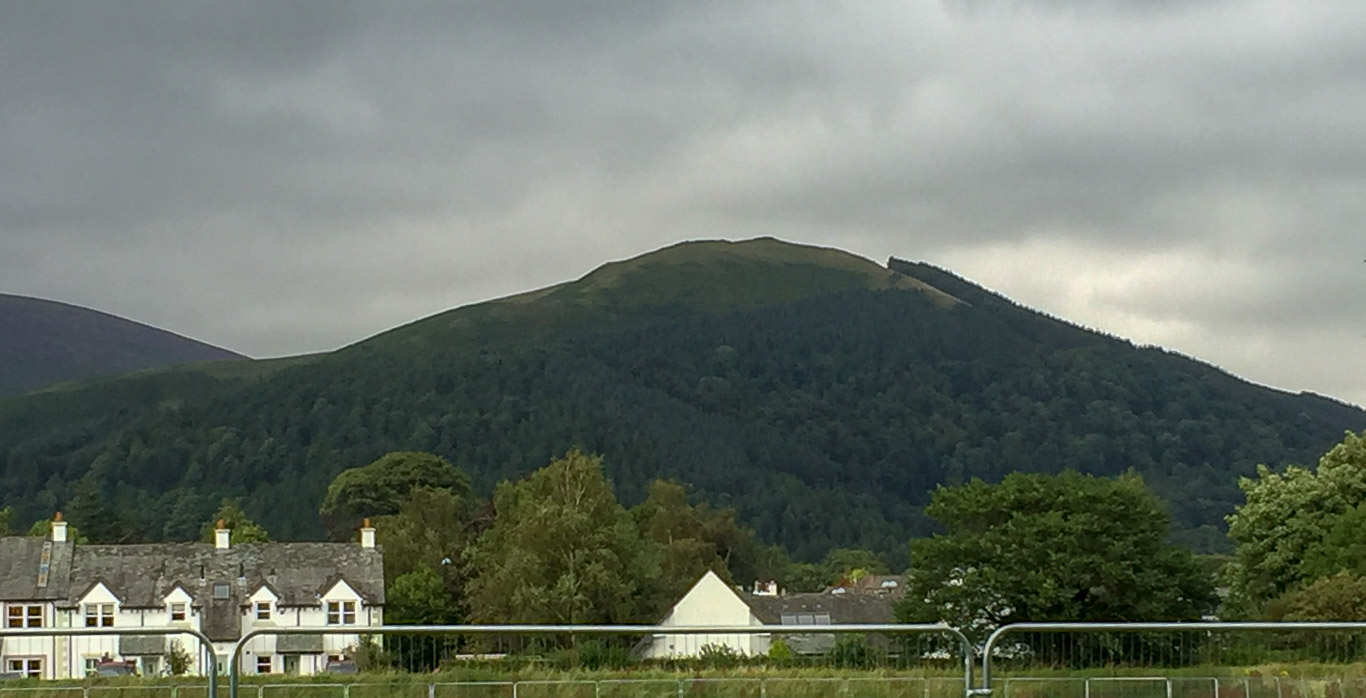 A close up of the view north to the Northern Fells beyond Derwent Water and Keswick: Carlside; Skiddaw; Skiddaw Little Man then along the ridge to Lonscale Fell behind and to the right of it is High Pike and Mungrisdale Common; with Latrigg the small fell just to the right of Keswick.  On the right you have Blencathra.  Right in the centre of the photograph is Castle Crag with High Scawdel to the left of it (with Dale Head the ‘bump’ behind it on the left of the photograph) and King’s How to the right with Grange Fell beyond.  High Doat is the small fell in front of Castle Crag with the wooded slopes of Low and High Stile Wood on the left.   In the foreground you have the slopes of Seathwaite Fell on the left and Glaramara on the right. (Photograph taken from near the top of  Ruddy Gill on the route to Esk Hause and Scafell Pike) 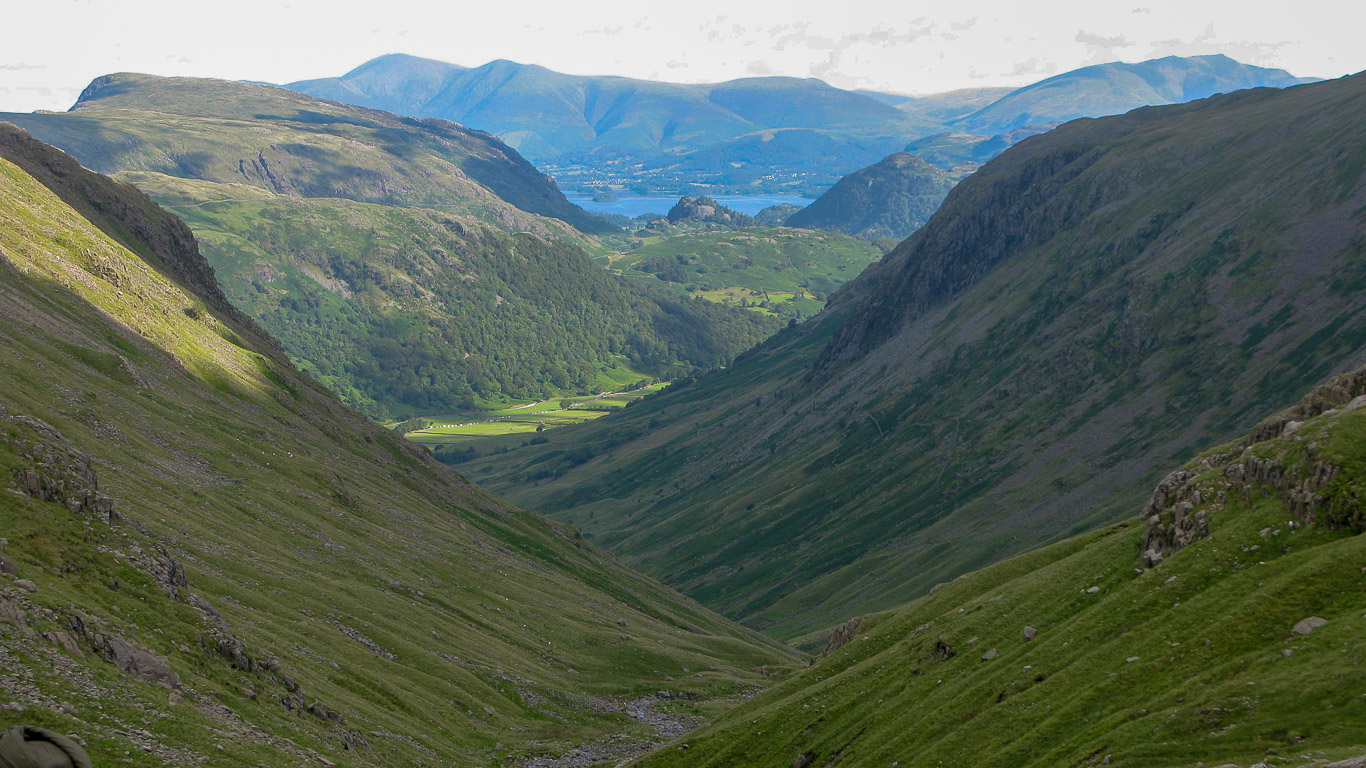 Close up of the Northern Fells of Skiddaw, Skiddaw Little Man and Lonscale Fell and High Pike beyond with Keswick at their base and Latrigg to the right of Keswick.  In front of Derwent Water you have Castle Crag with King’s How on the right of it. (Photograph taken from near Esk Hause en route for Scafell Pike). 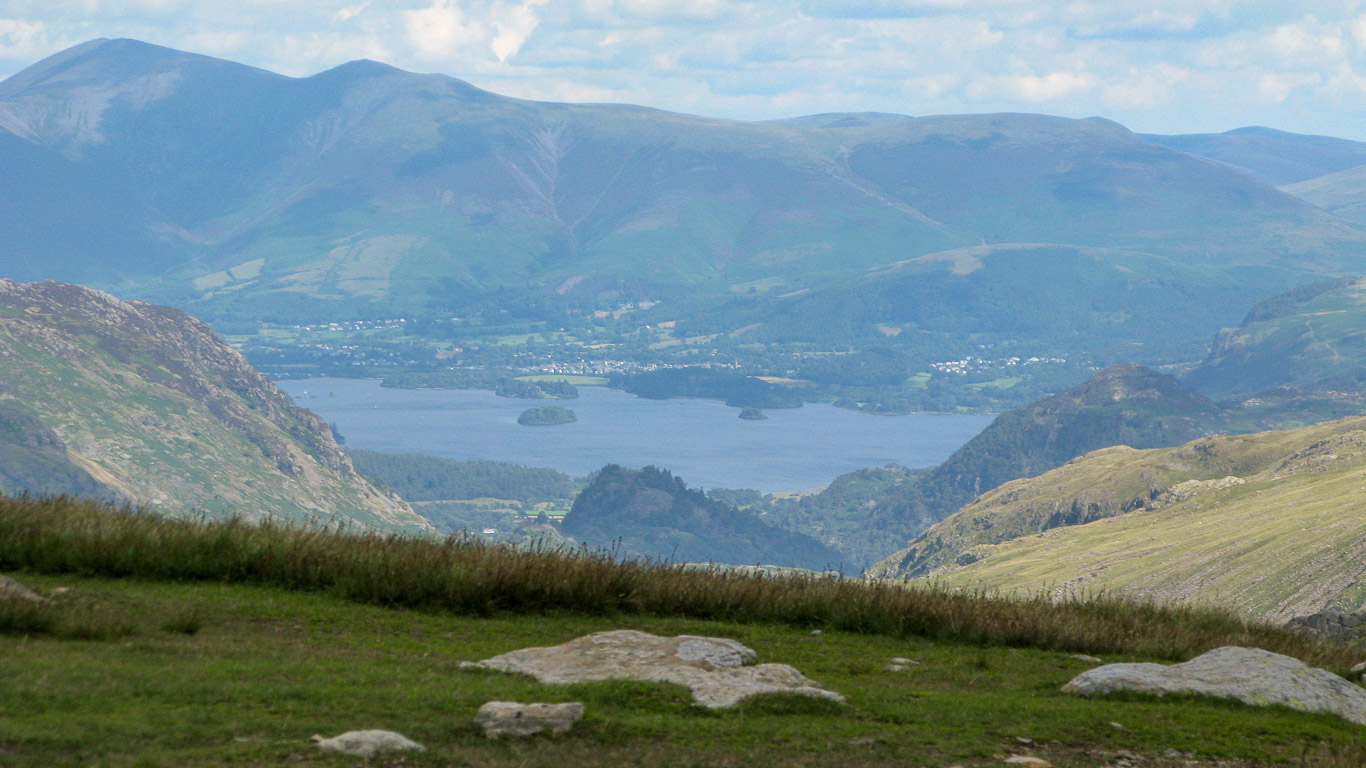