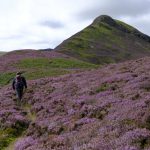 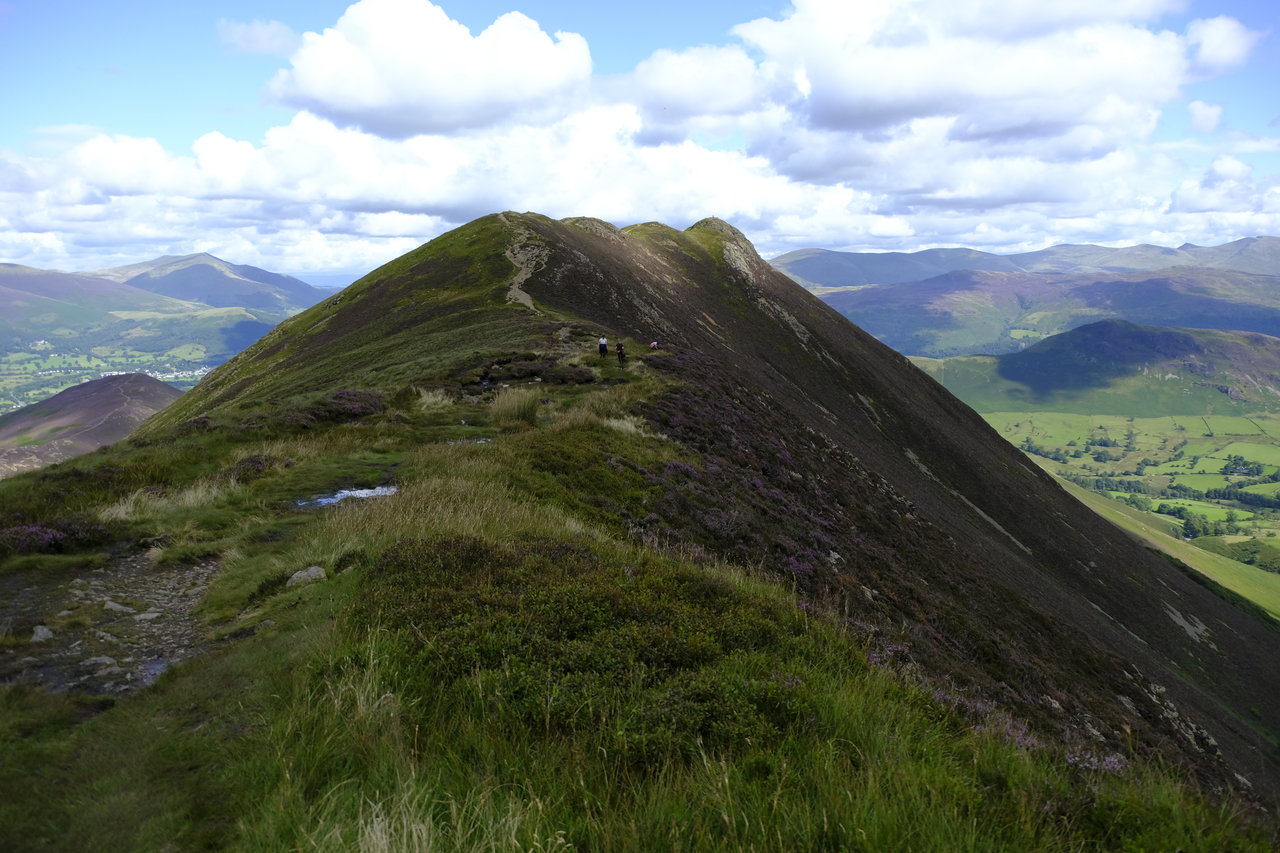 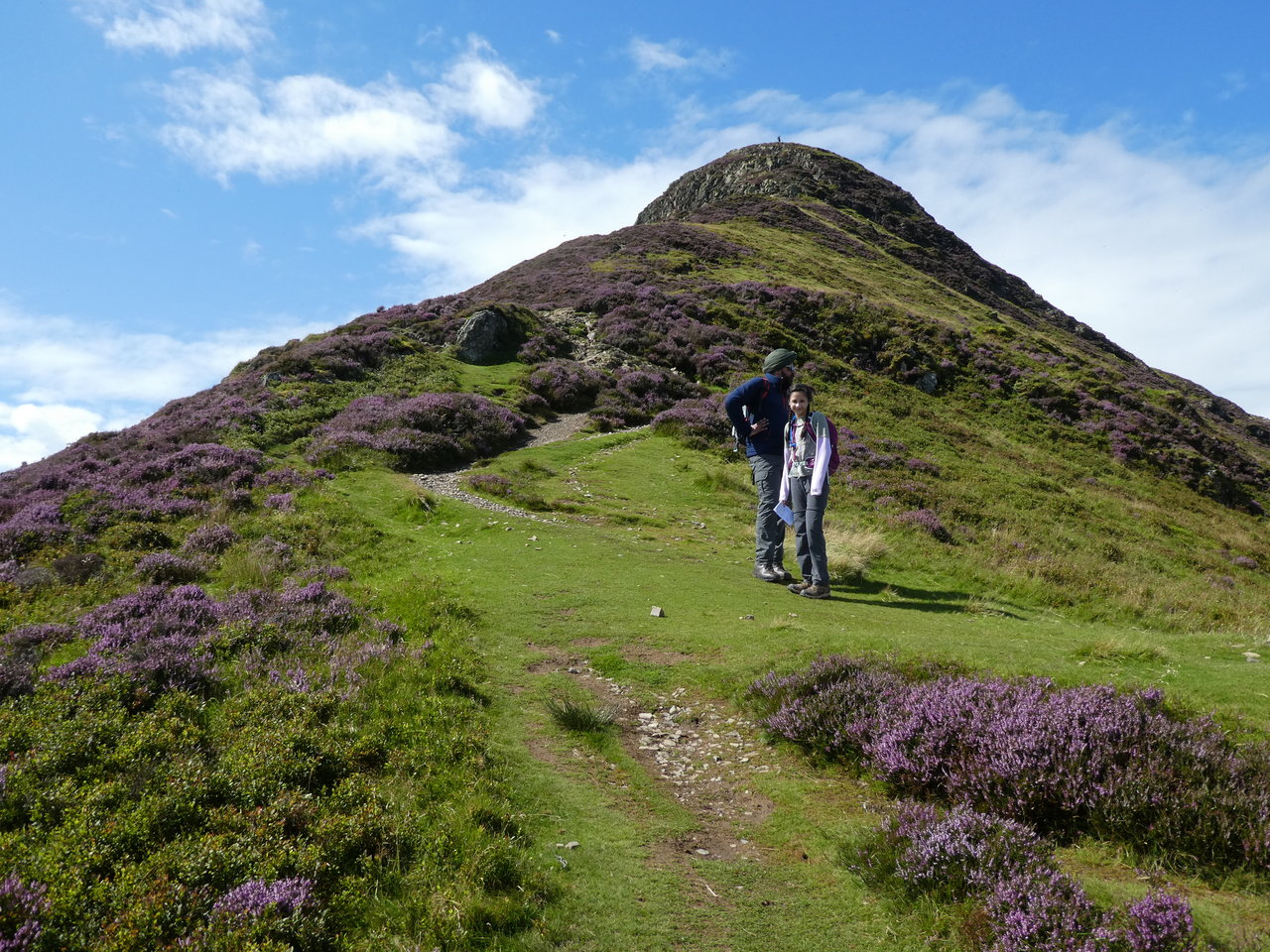 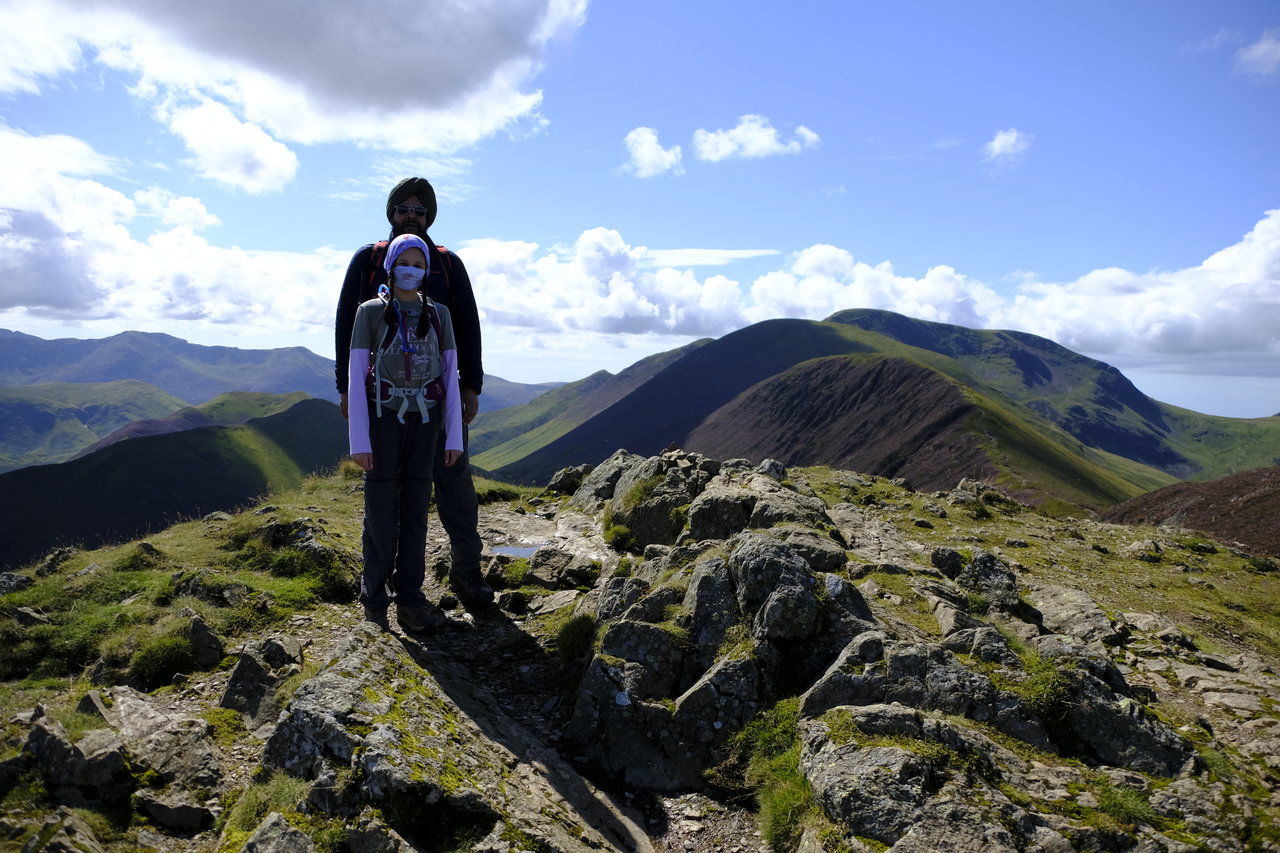 Photograph taken from the summit of Dale Head.  Looking north west to north.  The Newlands Valley is laid out before us.  On the immediate left of the photo is Hindscarth Crags, Hindscarth with the ridge leading to Scope End with Near Tongue Gill flowing down to Newlands Beck and Far Tongue Gill nearer to where I was standing.  Beyond Hindscarth is Rowling End and the distinctive summit of Causey Pike with the ridge leading to Scar Crags and between it and Hindscarth you have Ard Crags.  In the far distance you can see a glimpse of Bassenthwaite Lake (behind Rowling End).  On the far right of the photo is Eel Crags which form the slopes of High Spy. 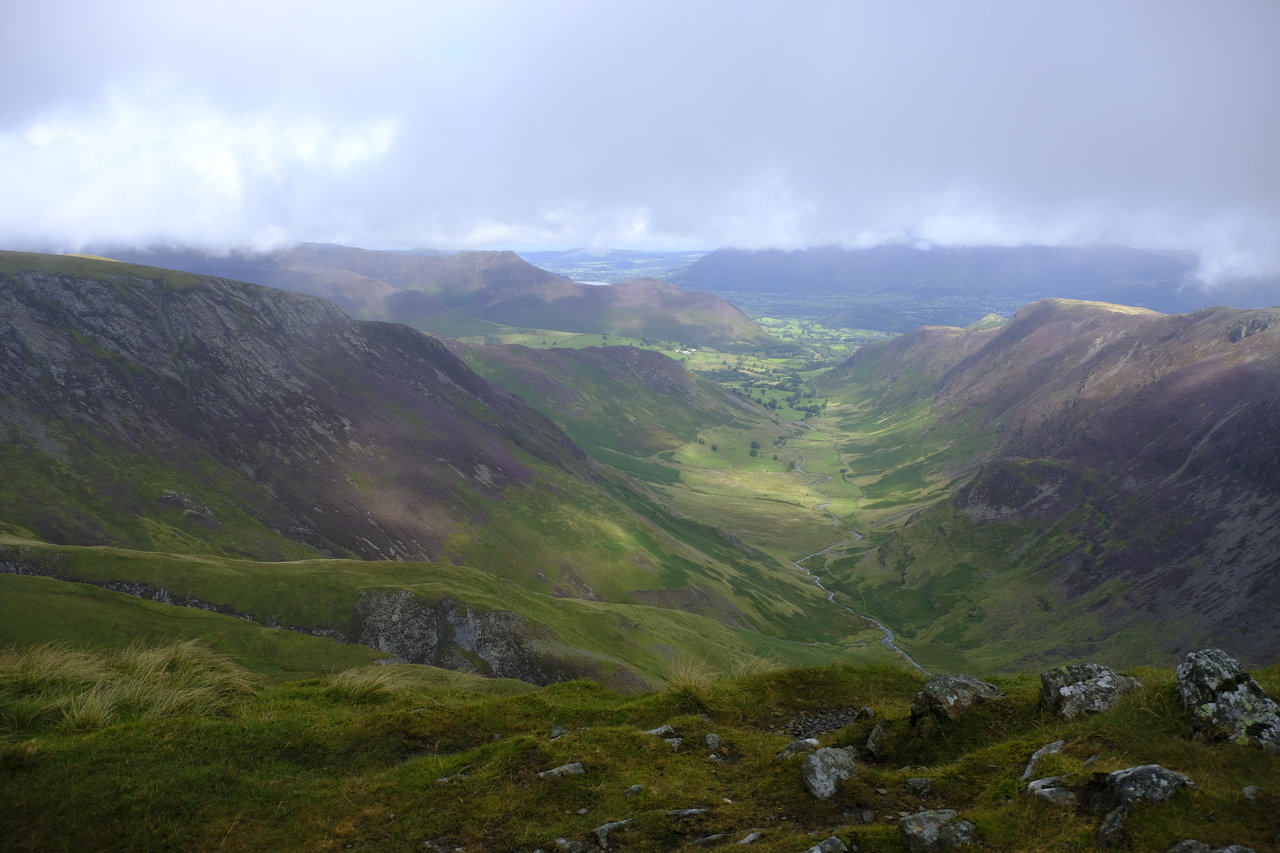 Causey Pike on the left and the Northern Fells ahead with the slopes of Hindscarth on the left of the Newlands Valley and High Spy and the ridge route to Maiden Moor and Catbells on the right. 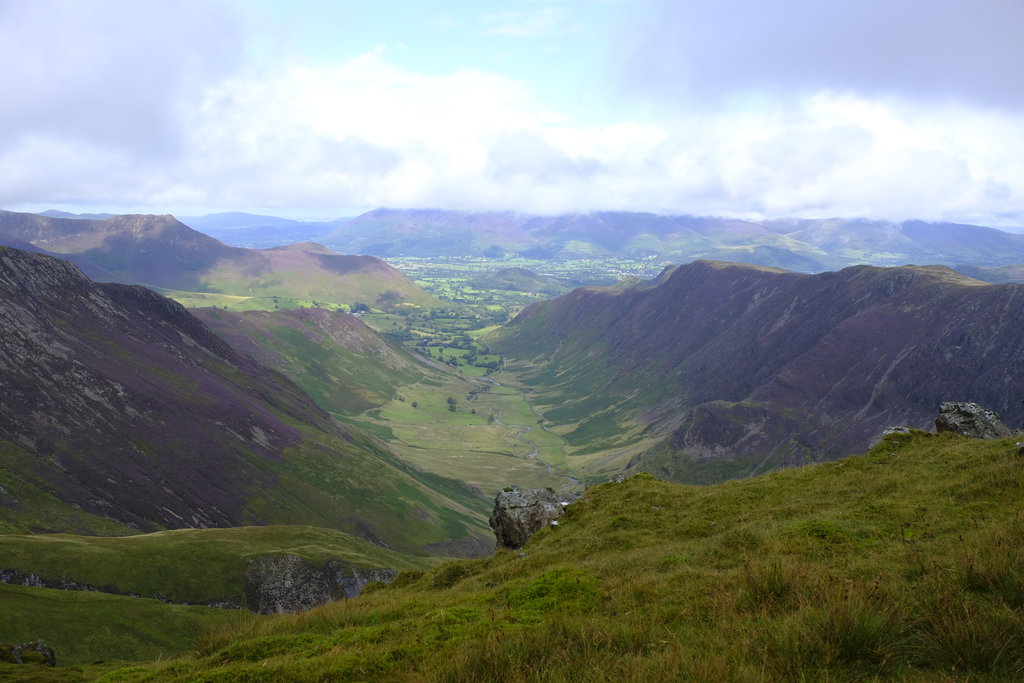 Photograph taken from Catbells – Looking west over the Newlands Valley to Rowling End leading to Causey Pike with its very distinctive bobble summit.

The fells left to right: Ard Crags leading to Knott Rigg; Whiteless Pike; Sail; Scar Crags; Causey Pike; Outerside and the slopes of Barrow on the right. Grisedale Pike is lost under cloud. 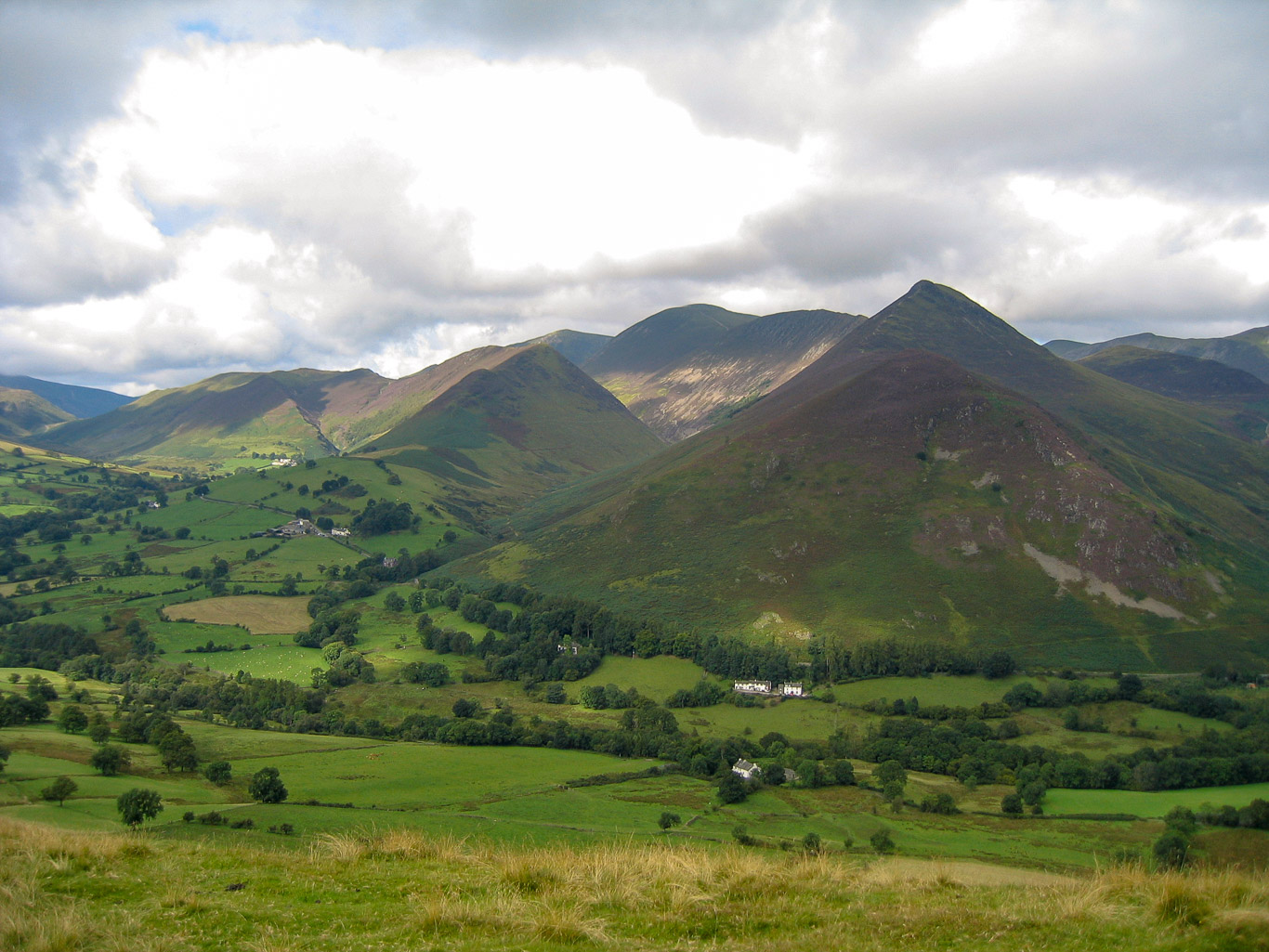 Photograph from Catbells.  The views are opening up all the time with the Newlands Valley laid out before us.  I love the way the clouds create interesting shadows on the fells.  Now you can see Grisedale Pike (the dark fell on the right beyond Outerside) coming into view. 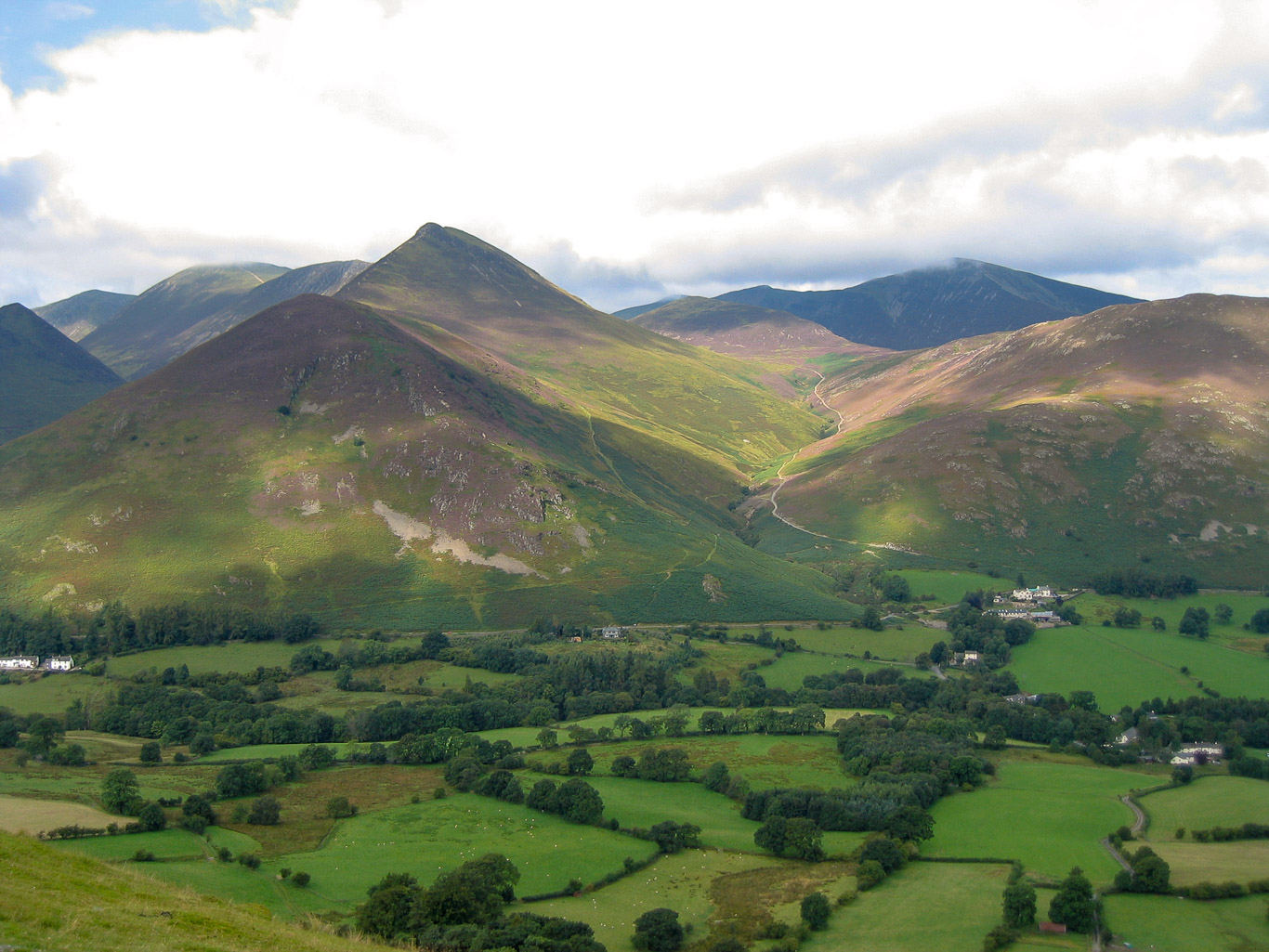 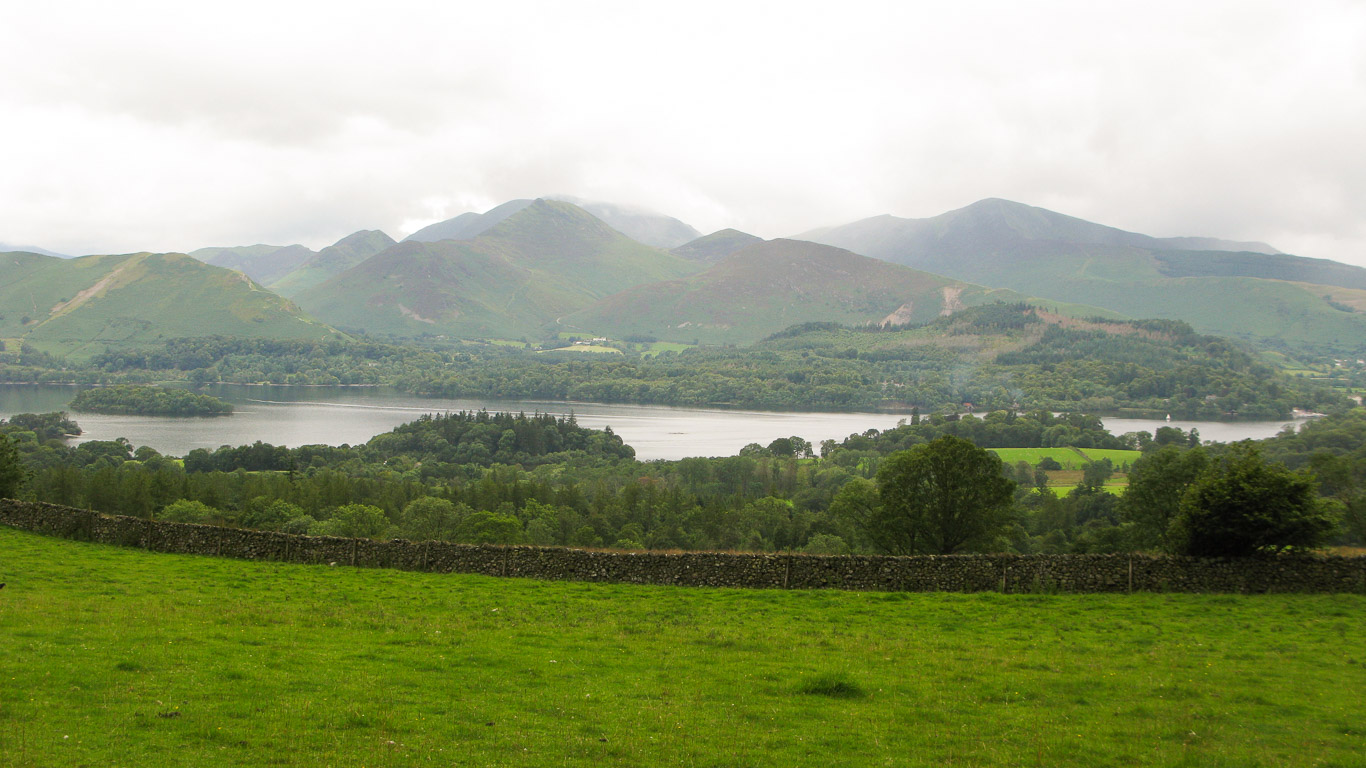 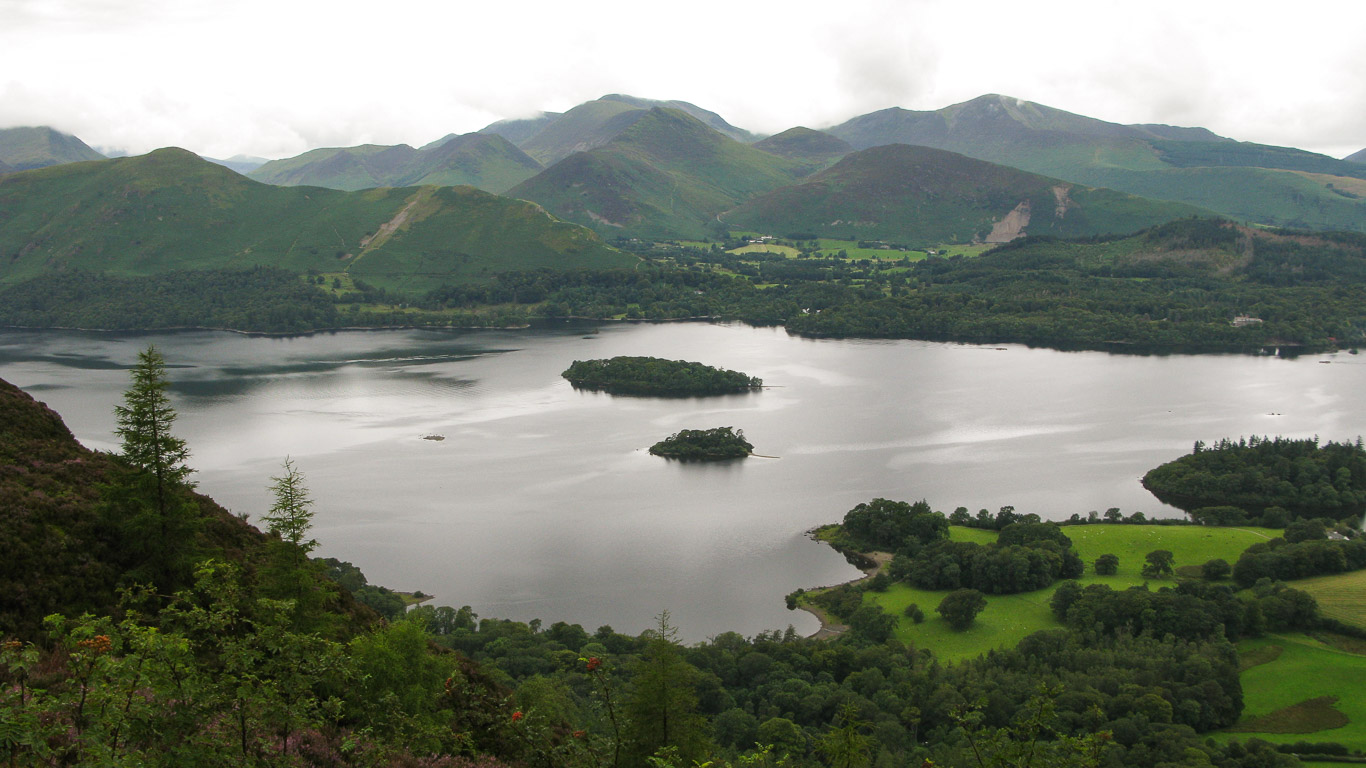